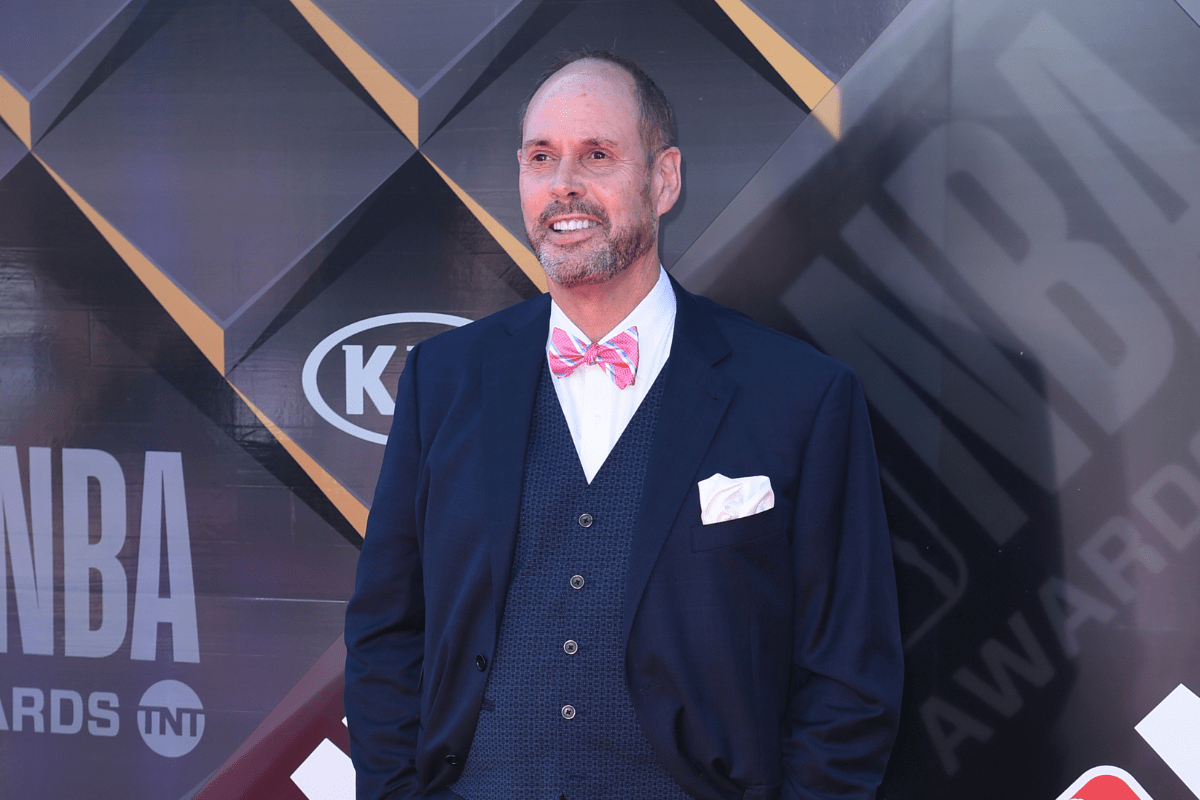 Ernie Johnson Jr. and Kenny Smith are sandwiched between the Hall of Famers dishing quips back and forth on TNT’s Inside the NBA. It makes for great television.

Johnson has the distinction of keeping the guys on track. He’s the steering wheel behind the best basketball studio show on the air.

The TNT host has been involved in the sports world for a majority of his life. His father, Ernie Johnson Sr., was a Major League Baseball pitcher with the Boston/Milwaukee Braves and the Atlanta Braves play-by-play announcer from 1962-1999. E.J. followed in his father’s footsteps.

He earned a journalism degree from the University of Georgia and worked various news anchor jobs before leaving for Turner Sports in 1989. Johnson called MLB games with his father from 1993-96.

In addition to NBA coverage, Johnson covers PGA Tour events and the NCAA Tournament on CBS Sports and TBS. He’s also covered Wimbledon, the MLB playoffs, and worked in several capacities for the Olympics.  He previously hosted Tuesday Fan Night on NBA TV.

The sports broadcaster is a four-time Sports Emmy Award winner for Best Studio Host. He gave the 2015 award to the daughters of late ESPN anchor Stuart Scott.

Ernie is the leader of the Studio J team. The team most important to him, however, is the one at home.

The sportscaster married his wife Cheryl in 1982. Cheryl is a licensed professional counselor in Braselton, Georgia. She serves as the brand ambassador for Street Grace, a non-profit that that utilizes evidence-based demand reduction strategies to eradicate the Commercial Sexual Exploitation of Children (CSEC).

The Johnson family was right behind Ernie when he was diagnosed with non-Hodgkin’s lymphoma in 2003. He worked until starting treatment in 2006. That year, he missed the network’s coverage of the British Open and PGA championship. He returned to his regular duties on Halloween.

E.J. is the glue guy of Shaq, Kenny, and Chuck. His team at home is what matters most.