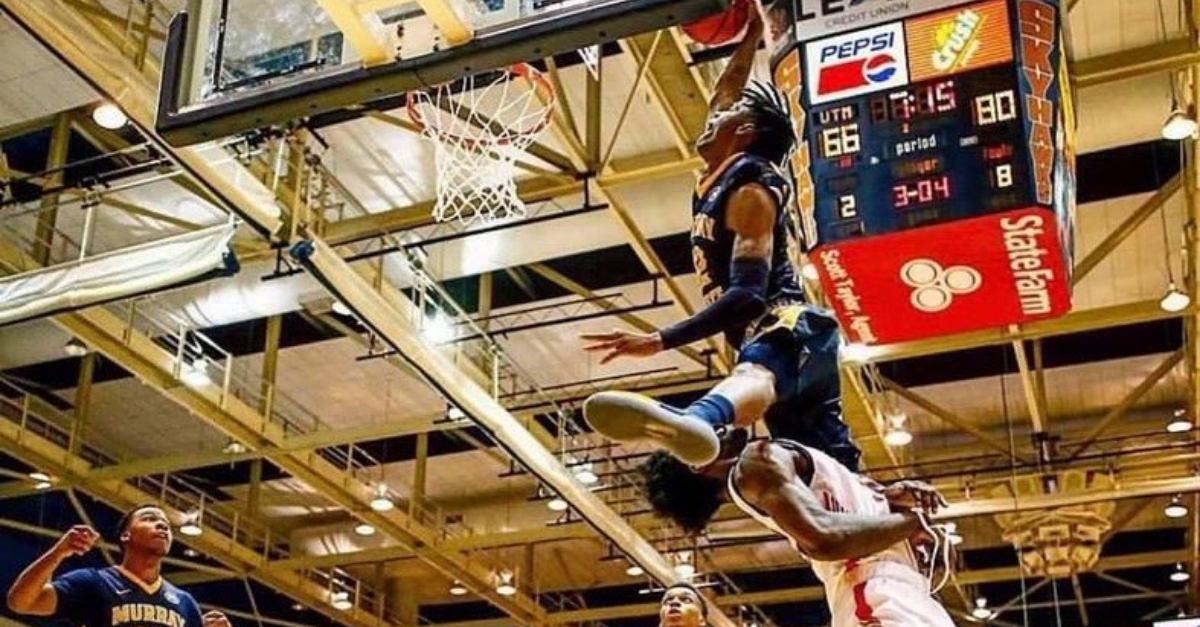 College basketball is in full swing, and that means it’s time for even the most casual basketball fan to figure out what players and teams are streamlining for a big-time run in the NCAA Tournament. Everybody loves a good Cinderella story, but what happens when Cinderella shows up early and crashes the party before it even begins?

Enter Temetrius “Ja” Morant. The 6-foot-3 sophomore has asserted himself as the nation’s best point guard while leading the Murray State Racers to an electrifying start in the Ohio Valley Conference. What Morant did in Thursday night’s game against the Eastern Illinois Panthers, though, gives Duke’s Zion Williamson a run for his money.

During the Racers 83-61 win on the road against Eastern Illinois, Murray State’s Ja Morant led his team in both points (27) and assists (9), which is something he’s done 12 times through Murray State’s 14-2 start to the season. However, his biggest highlight of the night showcased the athleticism, quickness and bounce that is getting the attention of NBA scouts everywhere.

Yeah. This kid can play.

The defending Ohio Valley Conference champions have lost two road games this season against Alabama and Auburn, both of which have come by a total of 11 points. In that Alabama loss back on November 16, Morant poured in a career-high 38 points.

He’s not just a scorer, either. Back on January 10, Morant broke the Murray State basketball school record when he logged 18 assists in a win over UT-Martin.

Oh, and he did this.

Ja Morant is such a beast. pic.twitter.com/271YZBGbUY

RELATED: Chris Lykes’ Scoring Numbers at Miami Aren’t as Small as He Is

This season, the breakout star from Crestwood High School in Dalzell, South Carolina has scored 20 or more points in 11 of his first 16 games. As a freshman last season, he eclipsed the 20-point mark just one time.

That growth has Morant projected as a top-five lottery pick for the 2019 NBA Draft following Duke stars Zion Williamson and RJ Barrett.

The Racers are led by fourth-year head coach Matt McMahon, who has guided his program to a 73-39 mark after their win over Eastern Illinois. McMahon brought them to their first NCAA Tournament appearance since 2012 last season, but as the 12-seed in the East Region, Murray State lost to West Virginia in the first round, 85-68.

At their current pace, expect Murray State to bust a lot of brackets and reach the Sweet 16 for the first time in school history. Heck, if Ja Morant keeps balling like he is, maybe they’ll go even further?

READ MORE: The Tennessee Volunteers are the Best Team in College Basketball. Period.