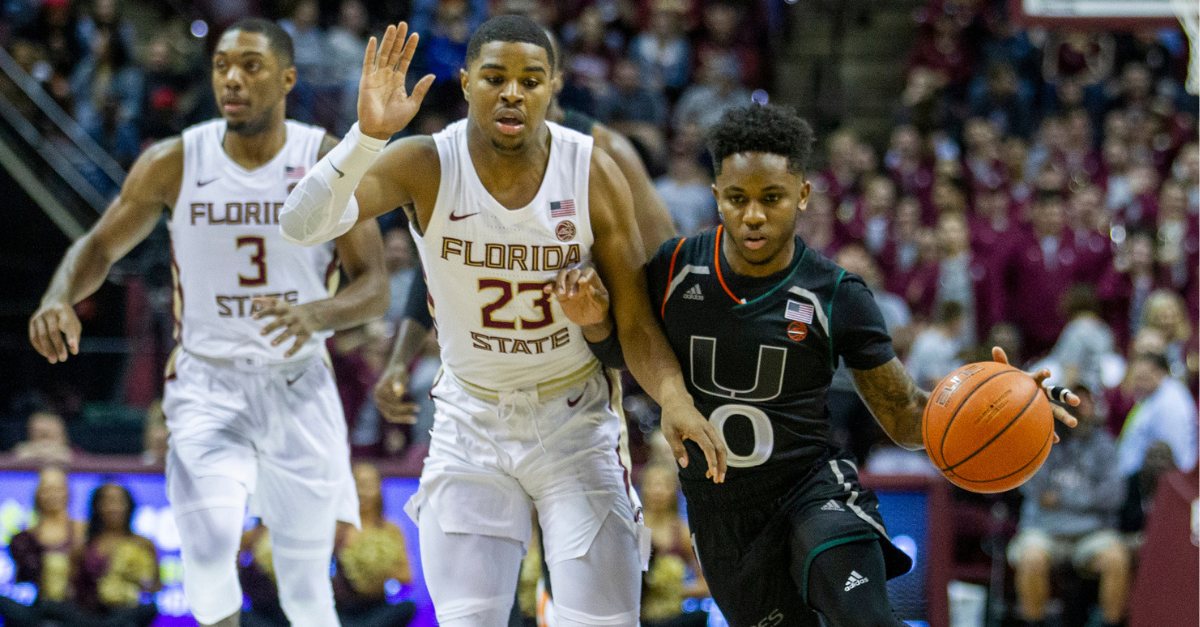 Over the past 20 years, there have only been six Miami Hurricanes players to average 17 points per game, but sophomore guard Chris Lykes is well on his way to doing that this season.

The last Hurricanes player to average 17 points per game? That was Jack McClinton, who did so twice, with the second time in 2008-09 when he averaged 19.3 points.

Over the past decade, the Canes have been led by short guards like McClinton, Shane Larkin, Angel Rodriguez, and now Lykes. He was a force last season as a freshman, but with the loss of Ja’Quan Newton, Bryce Brown, and Lonnie Walker, it is Lykes who everyone now looks to for scoring and playmaking.

Lykes has been even better recently, averaging 21 points since the beginning of ACC play. His career-high came in the first game of league play against NC State when he scored 28 points. He has shown time and time again that his size means nothing by doing things that players a foot taller than him can’t do.

Since the 1998-99 season, there have only been nine times that a Miami player has averaged 17 points, done by six players. McClinton, Guillermo Diaz, and Johnny Hemsley each did that twice. Hemsley, Diaz, and Tim James are the only ones to average over 18 points in that time period, while McClinton is the only one to average above 19 points.

McClinton ended his career at Miami as the seventh all-time leading scorer in school history with 1,702 points.

During the 2002-03 season, Darius Rice, who left the Hurricanes as the fourth all-time leading scorer, averaged 18.1 points. His teammate, James Jones, who played in the NBA for over 10 seasons, came close with a 16.9 scoring average.

In recent memory, Lykes would have to compare to guys like Angel Rodriguez and Shane Larkin, who both made a ton of plays during their time in Coral Gables. But the highest average either of them ever had was 14.5 for Larkin and 12.6 for Rodriguez.

If Lykes were to keep this pace, it would give him the highest average a Hurricanes player would finish the season with since Jim Larrañaga became the head coach of the program. The current leader for that is Sheldon McClellan, who now goes by Sheldon Mac, during the 2015-16 season at 16.3 points per game.

Larrañaga seems to like scoring as a group instead of relying on one player, but Lykes is apparently talented enough to make him change that philosophy at least a little bit.