Crazy Millennials Petition for Miami’s Mascot to Vape, Not Smoke a Pipe 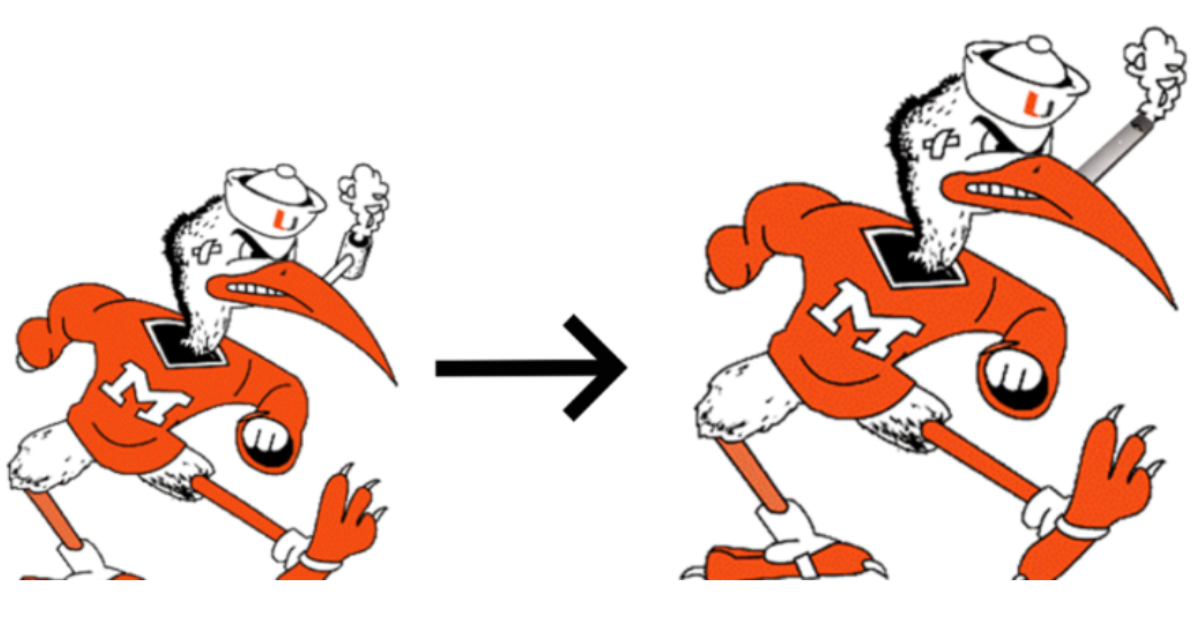 It?s no secret millennials do crazy things and the Miami Hurricanes can be a little extra with their gaudy turnover chain, but what happens when those two powers collide? Well, you get a wild petition to change their mascot?s smoking habits.

There are things that truly matter in life, and then there is this. Just don?t tell that to University of Miami student Alec Castillo because he is looking for support from the student body to have beloved mascot Sebastian the Ibis quit smoking a tobacco pipe and let him ?hit the Juul.?

This is seriously a thing.

As a student of @univmiami I want a mascot that represents the diverse and ever-changing student body. Please sign the petition for your voice to be heard and to make a change. #LetHimJUUL https://t.co/mqqD8K6FYQ

RELATED: How Much Did Miami?s Turnover Chain Actually Cost?

The petition started well over a month ago, yet it just started gaining more traction and national attention over the past week.

And for those unfamiliar with a Juul, it?s a popular electronic cigarette with different flavors that people use to vape.

?The University of Miami is a progressive institution that should reflect the changing cultural landscape that we live in today. We, the undersigned students of the University of Miami advocate the Board of Directors to let our school mascot, Sebastian the Ibis, hit the JUUL.? ? Alec Castillo

So far, nearly 250 people have signed the petition, with one person stating, ?I am signing because I believe there is still good in America, but it is up to us to push for it.?

The goal is to have 500 people sign the petition to have Sebastian not smoke a tobacco pipe.

“That’s old-people stuff,” Castillo told the Miami News Times. “The kids are into JUULing, smoking out of USB sticks, that type of stuff. JUULing is the future, man. He could be smoking weed, anything really.”

With over 17,000 students at the Coral Gables, Florida campus, it?s going to take a lot more than 500 people to switch the famous bird smoking a pipe to one that is vaping, but, hey, you have to start somewhere.