University of Alabama basketball player Darius Miles was charged with capital murder in connection with an early Sunday morning shooting on the Strip in Tuscaloosa. Miles, 21, was charged along with Michael Lynn Davis, 20, who officials said has no association with the team or school. 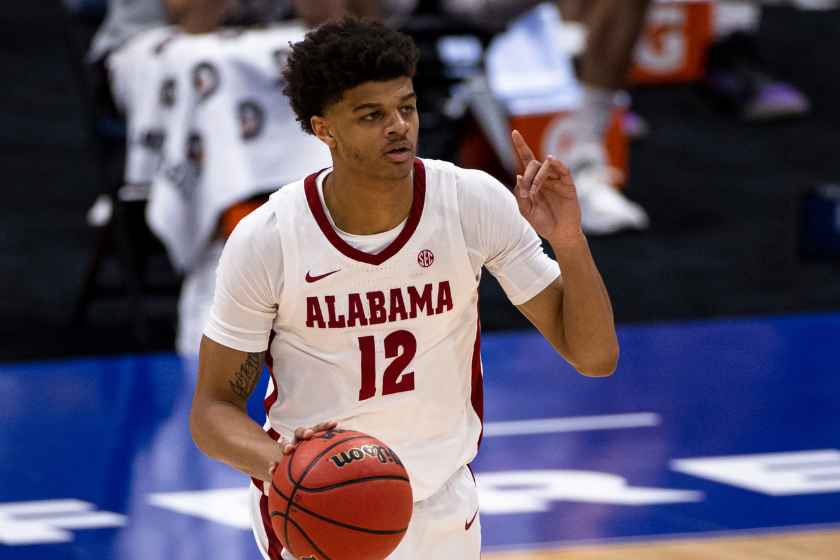 Around 1:45 a.m. Sunday, Tuscaloosa police responded to a shooting that occurred on the Strip, a hub of restaurants and businesses less than half a mile from the University of Alabama campus. Police found that Jamea Jonae Harris, 23, had been shot and killed while sitting in a car. According to investigators, the only motive for the incident was from a "minor altercation" that occurred while the suspects and victim were out on the Strip.

According to the driver of the car where the incident occurred, after gunfire had struck their vehicle, they returned fire in self-defense and possibly hit one of the suspects. The driver has not been identified.

Tuscaloosa Police Violent Crimes Capt. Jack Kennedy said they were able to identify the two suspects after speaking with multiple witnesses and viewing video surveillance. Kennedy said police found that one of the suspects had been struck by gunfire and had a non-life-threatening wound.

It appears that the university's athletics department moved swiftly once it was announced that Miles was being charged with murder. In a statement released Sunday, the athletics department said, "We were made aware of the recent charge against student-athlete Darius Miles, and he is no longer a member of the Alabama Men's Basketball team." Searching his player profile page on the Alabama athletics website yields a 404-error page.

In his first news conference since the incident, Alabama head coach Nate Oats began by paying his respects to Harris. "I just want to start today by offering our deepest condolences to the family and friends of Jamea Jonae Harris," Oats said Monday. "A young woman, daughter and mother who was taken way too soon from a senseless act. This is an incredibly sad situation. Our hearts go out to her loved ones. Keeping them in our thoughts and prayers as they continue to grieve." He would not comment on the incident itself, stating there was an ongoing investigation.

This is not the first public shooting involving a Division I men's college basketball player this season. In November, New Mexico State University player Mike Peake shot and killed University of New Mexico student Brandon Travis, police said. Authorities say Peake had been targeted and was himself wounded as Travis and three others lured Peake onto the UNM campus to assault him.

Currently, Darius Miles is being jailed without bond.