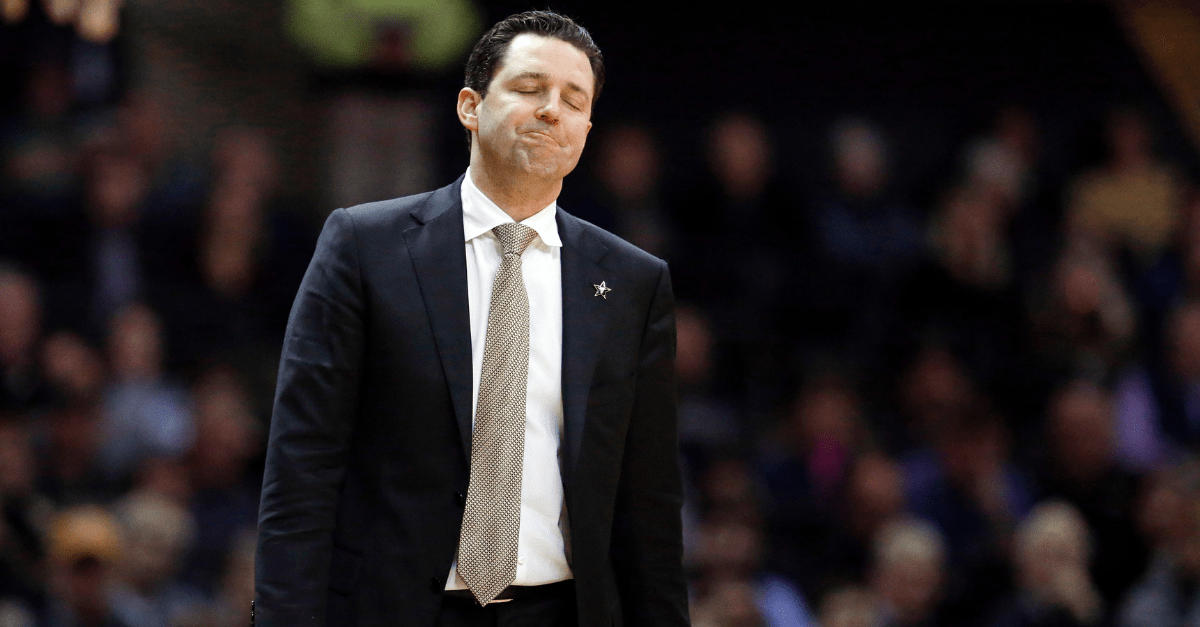 NASHVILLE, Tenn. (AP) ? The worst season in the history of Vanderbilt men’s basketball has cost coach Bryce Drew his job.

Vanderbilt went 9-23 and was the first team in 65 years to go winless in the Southeastern Conference. Drew had a 40-59 record in three seasons with the Commodores.

Bryce Drew will not return as Vanderbilt's head men's basketball coach for the 2019-20 season.https://t.co/c4EJqHzMJv

“Vanderbilt is committed to competing at the highest levels on and off the court. After careful consideration, we’ve decided to make a change to the leadership of our men’s basketball program,” Turner said in a statement. “Bryce has represented Vanderbilt in exceptional fashion in his time here. I appreciate all of the contributions Bryce has made over the past three seasons to Vanderbilt, and we wish him all the best.”

Drew came into this season with big expectations after signing the highest-rated recruiting class ever at Vanderbilt. Then five-star point guard and potential NBA lottery pick Darius Garland hurt his knee Nov. 23 in a home loss to Kent State. Garland later announced his decision to withdraw from Vanderbilt to prepare himself for the NBA draft in June.

Even with another five-star recruit in Simisola Shittu, Drew and the Commodores never recovered from losing Garland. Vanderbilt beat then-No. 18 Arizona State on Dec. 17 and went into SEC play with a 9-3 record, but the Commodores wouldn’t win another game the rest of the year as they closed with a school-record 20-game skid.

Vanderbilt went 0-18 in SEC competition during the regular season before losing 69-52 to Texas A&M in the first round of the SEC Tournament.

“My biggest concern is our players,” Drew said when he was asked about his job status after the Texas A&M game. “This has been an emotional ride for them. Adversity that none of us have faced before. So my first priority is to them. I’m a basketball coach, but I’m also a mentor. I’m also a leader. I’m also going to tell their parents I’m going to care for their hearts and futures. That’s my big concern. That’s my job. That’s what I do.

“There’s definitely some things that we’ve recognized several months ago, some changes, necessary changes, that needed to happen. We’ve already been working on those changes and we’ll continue to work on those changes.”

Vanderbilt became the first SEC team to lose every game in league play since Georgia Tech went 0-14 in SEC competition in 1953-54. The Commodores also turned in their first losing season in 67 years at Memorial Gym, going 8-10 at home. Attendance dipped through the season.

Drew was hired from Valparaiso, where his father, Homer, wrapped up his coaching career. Bryce Drew went 124-49 at Valparaiso before being hired by late Vanderbilt athletic director David Williams, who died in February, to replace Kevin Stallings in April 2016. In his first season, Drew led Vanderbilt to the NCAA Tournament, where the Commodores lost their opening game to Northwestern.

The Commodores went 12-20 in Drew’s second season. The arrival of a heralded recruiting class offered cause for optimism, but Vanderbilt went through a year in which the Commodores alternately struggled either to shoot free throws, rebound or hold onto late leads or the ball.

Drew said after the Texas A&M game he had realized some changes he must make to turn things around.

“I think it’s taken a little time to realize what this job is here, realizing what we have to do to be successful, move forward,” Drew said last week. “We need to have more skill. We need to have more shooting. I think we have some guys that are continuing to get better at their skill. If we can intertwine a couple ingredients with the guys we have, it’s really going to help these guys blossom more, help our offense look better, it’s going to bring a better confidence to our whole team.”

Now a different coach will decide what must be done.