Auburn Women Off to Roaring Start, Yet They STILL Aren’t Ranked 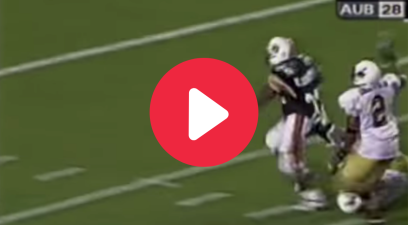 The Lady Tigers are 11-1, which is better than the men’s team, and are riding an eight-game winning streak into their last game of 2018 against Alabama State. They are coming off two impressive victories, too. One was an overtime victory over the North Carolina Tar Heels, 86-81, then they followed that with a 52-point blowout over Elon on December 22.

This finished a stretch that saw Auburn win three games in five days, and they were led by SEC Player of the Week Janiah McKay, who averaged 18 points, four assists and three steals. Her play in overtime was instrumental in the Tigers victory over UNC, as she poured in nine points in OT to lead the Auburn women to victory.

The senior had been on a roll recently, scoring 20 or more points in four-straight games prior to the Tigers game against Elon.

Auburn head coach Terri Williams-Flournoy talked about how important and impressive that victory over UNC was to the Tigers season.

“That was a huge gut-check win,” she said. “What an unbelievable win. Everybody at some point made a play. It wasn’t just one person. Everybody made up for somebody, we got some defensive stops. … It was a great game.”

The Tigers are going to need McKay along with Unique Thompson, who recorded a double-double in the UNC game with 21 points and 18 rebounds, if they are to compete for the SEC title.

So far, the Tigers have shown they are going to be a team to be reckoned with down the road when conference play begins in 2019. It seems as if this team may have exactly what it takes to not only win the SEC, but make a deep run in the NCAA Tournament.

If Thompson and McKay continue their dominating play, there is no telling how far these set of Tigers can carry this team.