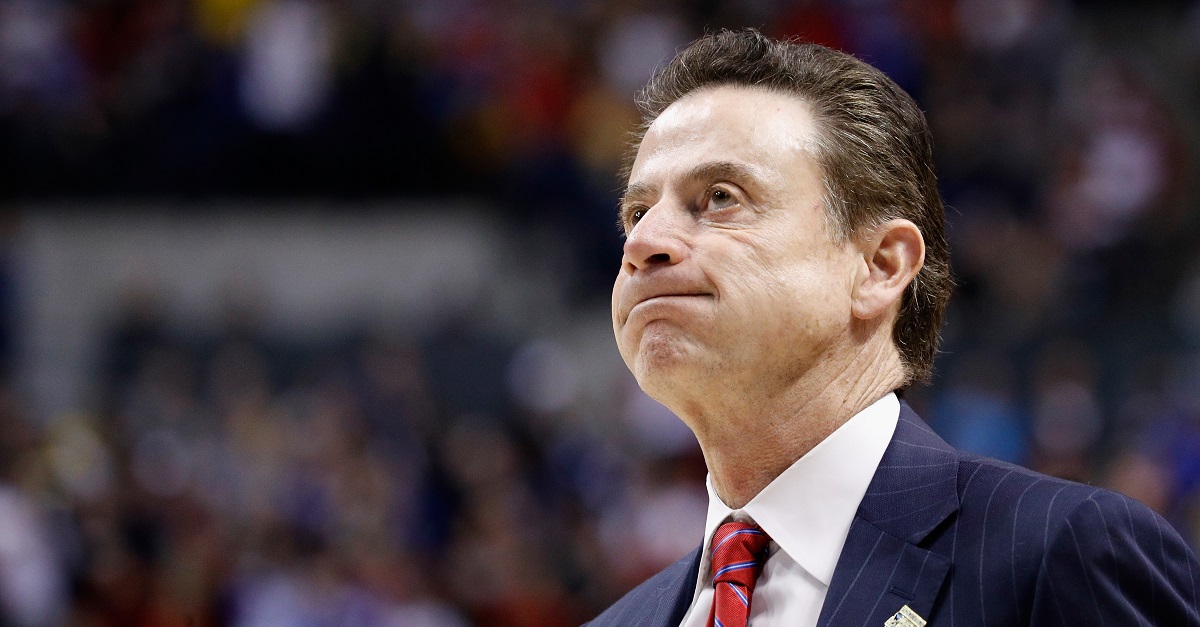 If Alabama Crimson Tide basketball fans thought that Athletic Director Greg Byrne was listening to their cries on social media to hire former Kentucky Wildcats and Louisville Cardinals head coach Rick Pitino, they were sadly mistaken. Byrne made himself perfectly clear that the University of Alabama would not be seeking Pitino?s services anytime soon.

Byrne outlined in his press conference Monday what exactly he was looking for in his next head coach.

?Today?s climate in men?s basketball is very unique,? Byrne said. ?In fact, there are on-going legal issues with the FBI as well as on-going NCAA investigations and we don?t know how that will play out to this point. That being said, we are going to be very through during this process. We want to make sure we keep the University of Alabama?s reputation at the forefront of what we do.?

Basically, Byrne doesn?t want the program to fall under the same fate as the LSU Tigers or Auburn Tigers with the possibility of NCAA violations hanging over the program’s head.

In other words, he ain't even entertaining Rick Pitino. https://t.co/9xKym46GrO

So, all the Bama fans who had their heart set on Pitino as head coach got their hopes shattered by Byrne, who clearly didn?t want to have a thing to do with the former SEC coach and with good reason.

Pitino, who was the long time head coach at Louisville, was fired because of some shady dealings involving paying prostitutes for the program’s recruits and for alleged involvement in a bribing players to attend Louisville. Pitino still denies these allegations. However, there is still some indication that Pitino has not been totally cleared by the NCAA, which may be another reason why Alabama won’t consider him to be the next head coach of the program.

Another thing Byrne made clear was he will not be hiring a search committee to find Alabama basketball’s next head coach and that the only opinion that matters is his. Any rumors about the next head coach NOT coming from his mouth is strictly that: a rumor.

Names in the mix at Alabama, per sources:

Initially, one coach that a lot of Alabama fans thought maybe in the running is Iowa State head coach Steve Prohm. On Tuesday, it was announced that Prohm signed an extension with the school and plans to stay in Ames.

Most Alabama fans didn?t seem too excited about Prohm to begin with, which may explain why many were on the Pitino bandwagon. But as of now, the search is on for Alabama?s next head basketball coach, and it will remain a mystery at least to most of us except Greg Byrne.

WATCH: Are You Ready for March Madness?