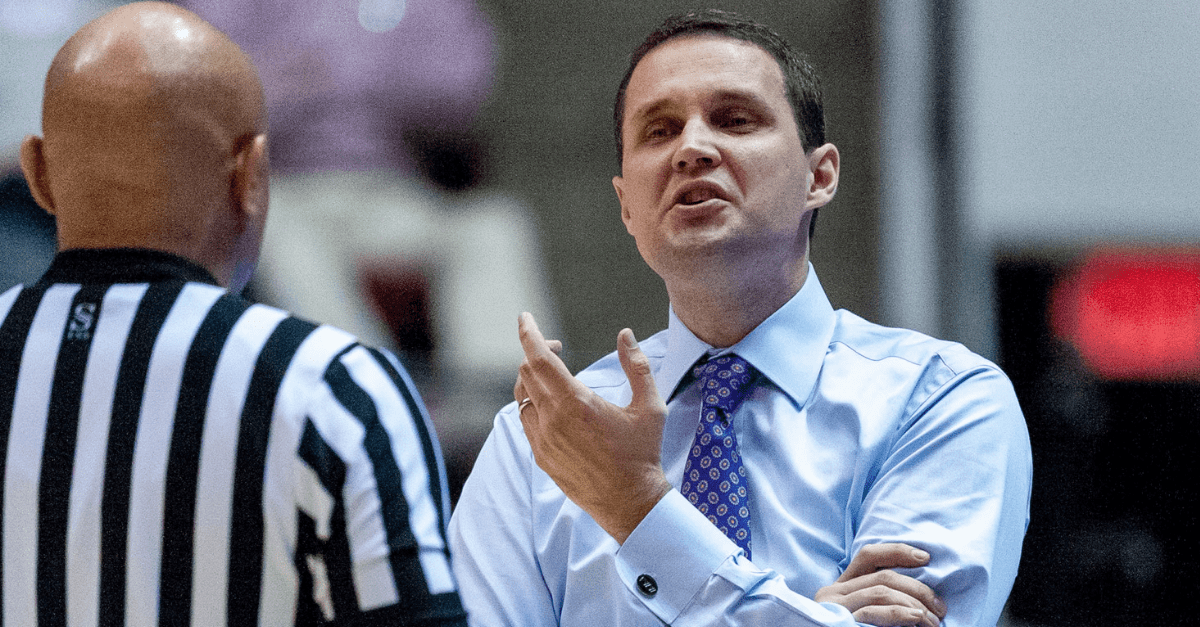 The LSU Tigers are in the midst of the school?s best season in the last decade and head coach Will Wade is in the running for several SEC and national coaching honors. Everything was looking good as the calendar turned to March, just in time for the NCAA Tournament, but now the program might be in some scalding hot water in the heart of a nationwide college basketball scandal.

According to Yahoo Sports, a 2017 phone conversation between Wade and business middleman Christian Dawkins was wiretapped by the FBI and includes the Tigers head coach talking about a ?strong-ass offer? he made during the recruitment of a prospect.

A good look? Absolutely not. Does it mean anything? It does now.

Louisiana State University has suspended Will Wade indefinitely. The second-year coach will not be on the sidelines for the Tigers in their potential SEC-title clinching game against the Vanderbilt Commodores on Saturday, and there’s a chance his tenure in Baton Rouge is over.

“Recent media reports regarding Coach Will Wade are without question concerning to all of us. As such, we and university officials have taken deliberate and purposeful steps to fairly asses and adequately address this situation. As we have done since media reports first surfaced months ago, we are closely coordinating with the NCAA with every step. They have our full cooperation and we will continue to report to them all facts and information on this matter.

“All of us at LSU share the obligation to protect the integrity of this institution, as such we have suspended Head Coach Will Wade indefinitely until such time as we can ensure full compliance with the NCAA, as well as institutional policies and standards. Assistant coach Tony Benford will assume the duties of interim head coach.”

When the original scandal first broke, it was supposed to rock college basketball to its core. The FBI knowing illegal payments were being made to sway star prospects to various schools across the country made it sound like the world was going to come crashing down on anyone and everyone who ever actually, or allegedly, cheated.

That hadn’t exactly been the case. Until now.

Other than that, only former Louisville head coach Rick Pitino has really been given the boot and is currently coaching Panathinaikos of the Greek Basket League and EuroLeague.

Perhaps that is what makes the report of the FBI wiretap of Will Wade so intriguing. Now, he is suspended.

So what exactly happened?

According to Yahoo Sports reporters Pat Forde, Pete Thamel, and Dan Wetzel, the phone call that was intercepted by the FBI included Wade talking to Dawkins about his frustration over a recruit not accepting his ?offer? just yet. Wade thought no verbal commitment to LSU could have meant he hadn?t given the third party ?enough piece of the pie in the deal? since the alleged offer was ?tilted? more toward the player and his mother.

So what exactly does that mean?

It?s hard to really say, but it certainly could point to freshman guard Javonte Smart, a former four-star prospect and Baton Rouge, Louisiana native. Then again, it could not.

LSU head coach Will Wade was talking to fans today at a luncheon when the Yahoo Sports report broke regarding further phone calls with Chris Dawkins that the FBI is investigating. We spoke with him immediately after and here's what he said. #LSU pic.twitter.com/b0vZ003wNi

The report also indicates a subpoena for both Wade and Arizona head coach Sean Miller will be filed for them to testify at the second trial, which begins April 22 in New York.

Whether it was a ?hell of an offer? or not, the fact this report and even this conversation existed was pretty much irrelevant given the history of this investigation and the punishments that have been handed out so far.

Then, Alexander and Alleva dropped a quick hammer on Wade and suspended him during the most crucial part of the entire college basketball season.

This obviously doesn’t mean Will Wade has been fired, but his job could be hanging on by a single thread if more information surfaces.

READ MORE: Did This SEC Referee Show Favoritism in LSU?s Win Over Tennessee?