“We Expect to Win the SEC”: Texas A&M Talks Future After Sweet 16 Loss 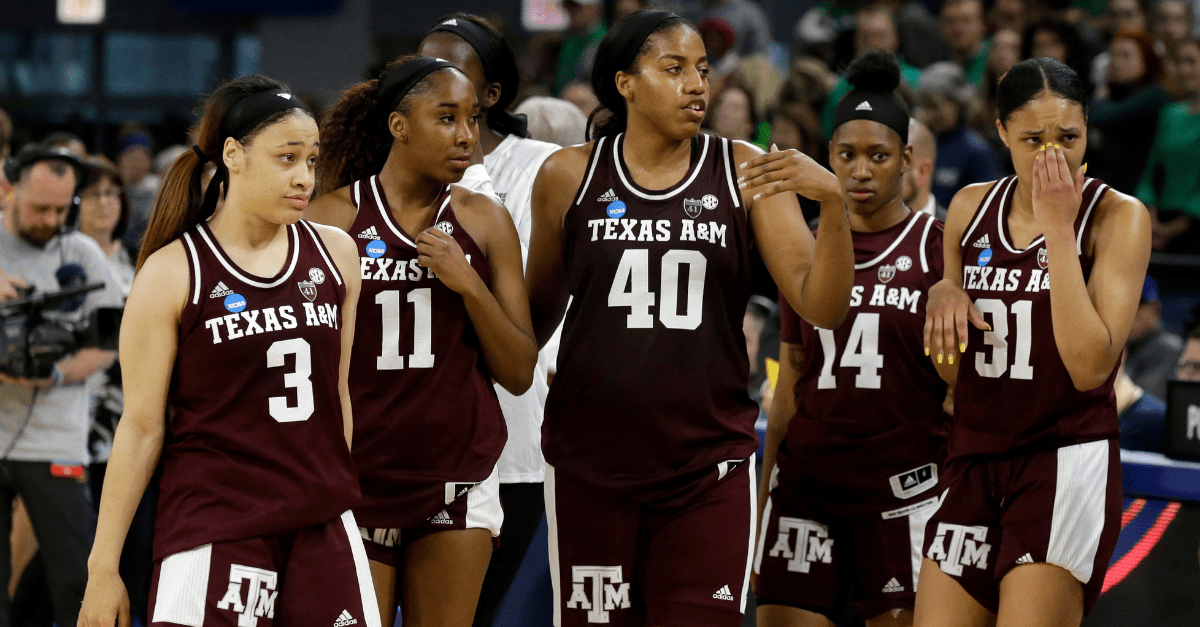 The Texas A&M women’s basketball team saw their season come to an end in the same spot it did last season with a loss in the Sweet 16 of the Women’s NCAA Tournament. Once again, it was at the hands of the Notre Dame Fighting Irish. What was supposed to be a redemption game from last season’s loss became another heartbreaking defeat as the Aggies would lose another close game, 87-80.

Both teams got up 69 shots each, but Notre Dame just shot the ball better hitting 36 attempts compared to the Aggie’ 32 makes. Both teams were pretty even in almost every other category, except for rebounding and assists, two areas that made all the difference in the game. The Aggies were out-rebounded 45-28 with 15 of Notre Dame’s rebounds being offensive boards. They also had 10 more assists than the Texas A&M Aggies.

This experience will make the Aggies stronger.

If they watch the film on this game, Texas A&M will be frustrated with the missed opportunities they had to win this game, but it’s over now, and it’s back to the drawing board. The good news is that this team has a lot to build on with a solid core, a great coach, and a bevy of experienced players that will certainly be hungrier than ever to get over this hump.

That growth all starts with their backcourt.

Chennedy Carter is a certified superstar in college basketball with a great core around her. As hard as it is to imagine, she’s going to be even better next season as a junior. This experience is certain to fuel her already raging fire of competitiveness that can lead her team to the next level.

Chennedy Carter is in her BAG tonight with 28 points and six 3's!!! (via @ncaawbb) pic.twitter.com/SWt0N451Gt

RELATED: March Madness Isn’t Fair, But This Emotional Speech is Why We Love It So Much

Coupled with the emergence of sophomore guard Kayla Wells, this will be one of the best backcourts in the entire SEC. Wells’ ability to score takes a lot of pressure off Carter, and the chemistry they built this year is undeniable.

The two Aggie guards combined for 53 of the team’s 80 points in their final game. Carter had 35 points and Wells finished with 18 points. In the previous meeting with Notre Dame in 2018, Carter finished with 31, and Wells had 0 points in only nine minutes of game time.

Head coach Gary Blair did a great job this season in College Station, and it will be a great story in Aggie history to write about next season when the Aggies finally breakthrough and return to the Final Four for the first time since 2011.