On Jan. 4, the basketball game between Texas A&M and Florida started with Florida up 1-0. Yes, you read that correctly. Why? Well, Texas A&M left their jerseys in the hotel room, leading to a delay-of-game penalty. The Aggies were given an administrative technical foul for the mistake, and Gator guard Will Richard made the free throw before the tipoff, giving them the 1-0 lead before the game even officially began. The mistake was quickly realized after final warmups, when the Aggies couldn't find their jerseys anywhere. 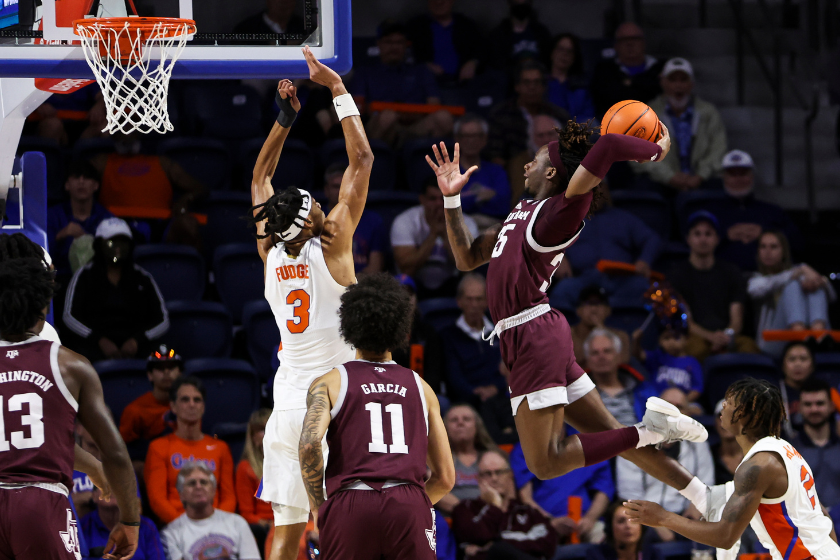 Normally, the team's managers are responsible for making sure equipment gets to and from games, but Texas A&M coach Buzz Williams took the blame for the mistake. In his postgame press conference, Williams said, "I forgot the jerseys in my hotel room. That's probably the right way to say it because I used to be a manager. If that would have happened, my head coach would have stuck up for me. You don't want the jerseys to get wrinkled, so they hang them in my room, and I just forgot to put them on the bus."

He finished with, "It won't happen again." Classy move by the coach to protect his managers.

The wardrobe blunder didn't hurt the Aggies in the long run, as they went on to win the game 66-63. Texas A&M forward Julius Marble, who scored 17 points and had six rebounds, said he believes the mistake helped motivate the team. He even admitted that the Aggies were willing to wear their practice jerseys if need be.

It's difficult to comprehend how a team can forget its jerseys; but Aggies guard Tyrece Radford, who also scored 17 points in the game, believes the mistake was caused by simply "moving too fast." He followed up that statement by saying the delay wasn't a distraction.

It may have been a distraction for Florida, however. Florida coach Todd Golden said in his post-game news conference that the situation "wasn't ideal." "I thought we were ready to go and we were sitting there maybe 15 or 20 minutes, waiting for these guys to show up. It is what it is. We didn't handle the situation well enough."

Neither head coach had experienced this situation before nor knew it was a possibility. However, it has happened before. In the 2014 NCAA Tournament, Kanas State was given a pregame technical after a walk-on player dunked during warmups. The following season, North Florida was penalized for a similar scenario before a regular season game. At the time, the NCAA prohibited pregame dunking within 20 minutes of the opening tip, but this rule was abolished in June 2015.

The win Jan. 4 was the 500th victory for Buzz Williams. One of the more amusing ones, for sure.