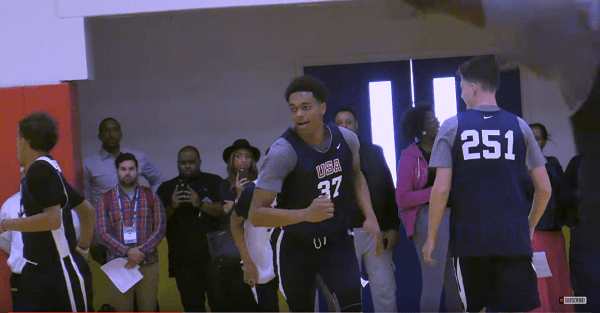 The No. 2 power forward in the class of 2017 is finally narrowing down his list of schools even further as he is down to four now. P.J. Washington has been slowly whittling down his list and now we’ve got another school eliminated from the list in Texas.

The 6’7″, 232-pounder has now has Kentucky, Arizona, North Carolina and UNLV in his top four schools for consideration. He was just at Kentucky’s Big Blue Madness that featured a Michael Buffer introduction and it was his second time on campus, this visit was unofficial.

RELATED: Kentucky’s Big Blue Madness featured one of the greatest announcers in the business

Washington has already taken an official visit to UNC as well and is set for an Arizona appearance next weekend. He can pretty much visit UNLV whenever he wants since he will be playing basketball at Findlay Prep in Nevada this season.