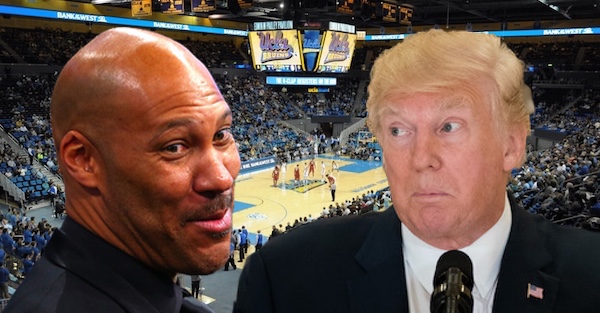 LaVar Ball seems to have officially started a feud with President Donald Trump. After he spoke with ESPN, who asked him about Trump’s involvement in getting his son and two other Bruins players home, there was likely to be some backlash. Here’s what he initially said.

“Who?” Ball told ESPN when asked about Trump’s involvement in the matter. “What was he over there for? Don’t tell me nothing. Everybody wants to make it seem like he helped me out.”

And now the President has responded with some rather harsh words:

Now that the three basketball players are out of China and saved from years in jail, LaVar Ball, the father of LiAngelo, is unaccepting of what I did for his son and that shoplifting is no big deal. I should have left them in jail!

President Trump asked China President Xi Jinping to help resolve the shoplifting case against three UCLA men?s basketball players, according to the Washington Post. After the three men were brought home, Trump tweeted, questioning if the players would thank him. They did, the president responded, and all was thought to be over.

Players did so on Wednesday during a press conference.