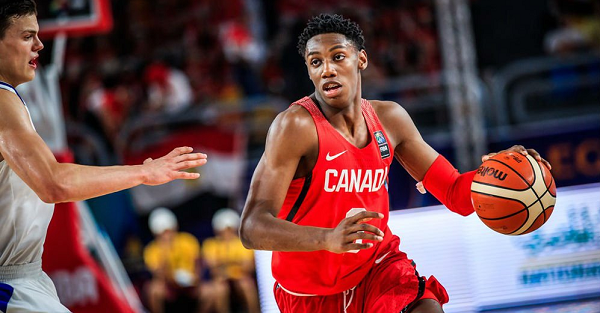 The nation’s top recruit in R.J. Barrett was originally a member of the 2019 recruiting class, but reclassified after Marvin Bagley did the same and then committed to Duke to play this season for the Blue Devils. Now, Barrett has officially committed as he is headed to Duke to play for Coach K.

Barrett is a 6-foot-7, 200-pound forward out of Canada who has been playing for the Montverde Academy in Florida. He is ranked as the top overall recruit in the country by ESPN and had a ton of offers before he made his choice. However, his choices were down to Duke, Oregon and Kentucky by the end.

He also had offers from Arizona, Indiana, Kansas, Michigan, UCLA and USC among others. He should make the Blue Devils immediate contenders when he steps on campus and is likely to be a one-and-done candidate for the 2019 NBA Draft.