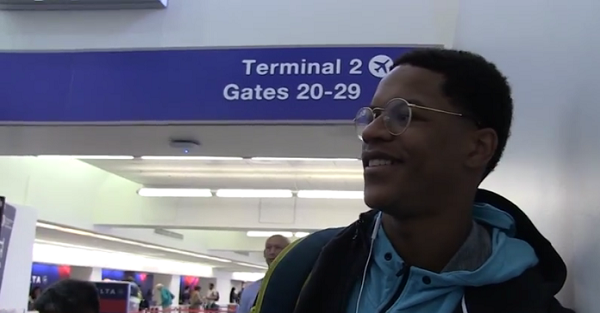 Shaquille O’Neal’s son Shareef has earned a fifth star in his recruitment in the last few months and now people are paying even more attention to him. So much so that TMZ Sports caught up with him and had to ask him about the ever-controversial Ball family.

They asked the rising senior O’Neal if he thought he could beat rising sophomore LaMelo Ball and he was not shy about his chances. He said he could take him and even said he’d be able to take Lonzo who is currently playing for the Los Angeles Lakers in the Summer League.

Granted, O’Neal is much bigger than Ball — 6’8″ compared to 6’3″ —- and could back him down every time if he wanted to, but also has a solid jumper he could utilize if Ball figures out how to stop him in the post. Regardless, if Ball gets a hold of this video you have to believe he or dad LaVar will have something to stay about it.