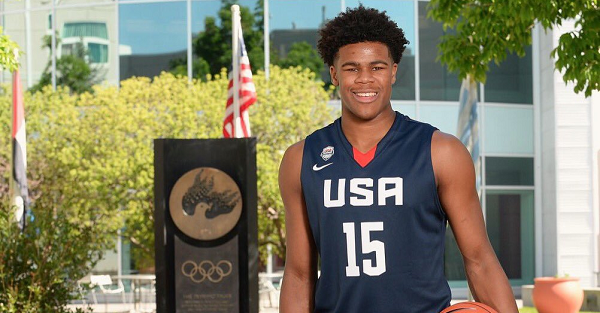 Five-star big man Vernon Carey Jr. is going to be one of the most coveted recruits in the 2019 class and he just took an official visit to Michigan State last weekend. He’s also got an unofficial visit planned for Miami on Tuesday  night when the Hurricanes take on Virginia in Coral Gables.

And here’s some confirmation from the young man from a tweet he sent yesterday:

The 6-foot-10, 245-pound power forward is ranked as the top player in the class according to Rivals. He recently named some schools getting visits and some of the ones who are his favorites including Miami who will get a visit. He also has offers from Duke, Florida, Kansas, Kentucky, Tennessee and North Carolina among others.