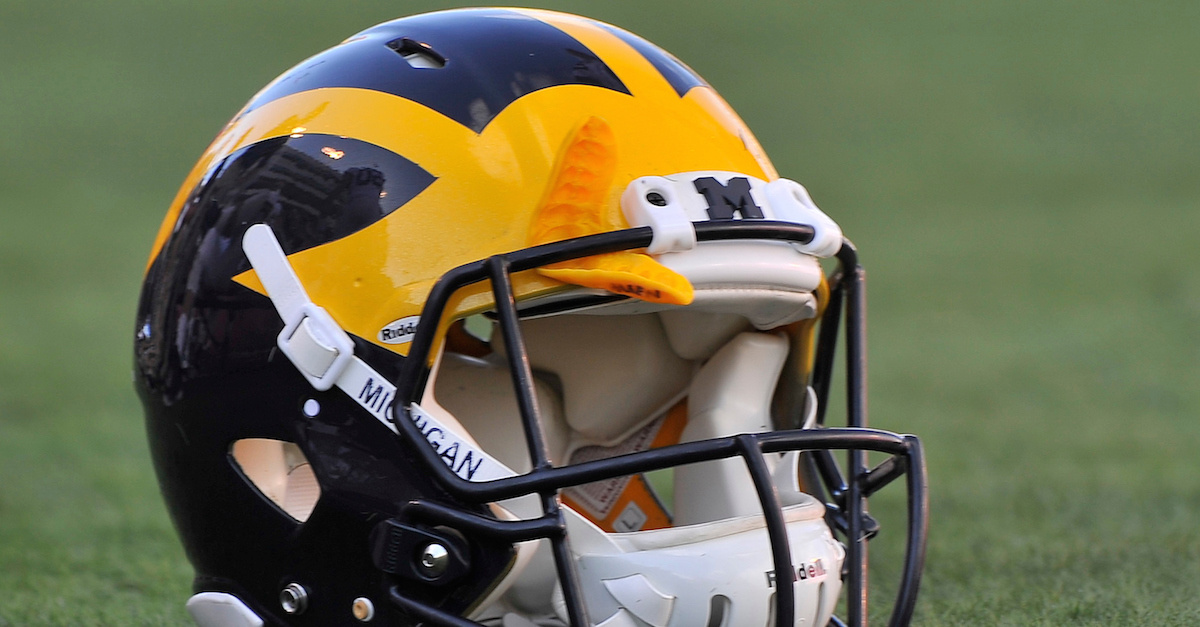 When Michigan landing wide receiver Ahmir Mitchell as part of its 2016 recruiting class, it was big news. Mitchell announced his commitment to the Wolverines in a pre-taped video and the runner-up for his services was, somewhat fittingly, Ohio State.

However, it appears as if Mitchell’s career in Ann Arbor will be over before it ever started.

All love for the people of Michigan and U of M 🙏🏾 pic.twitter.com/dATIELCJQe

Mitchell took to his own Twitter account on Wednesday afternoon to announce his departure Michigan’s program, and this comes on the heels of news that he was currently suspended by Jim Harbaugh in advance of the 2016 season. The 6-foot-3, 205-pound wide receiver does have a bio as part of Michigan’s official website and he was an early enrollee after arriving in January, but things clearly have not worked out as planned.

It is undoubtedly intriguing that Mitchell states that he is “reopening (my) recruitment”, but this appears for all the world to be an immediate exile from Michigan. News will certainly trickle out as to the backstory behind this move from the former top-flight recruit, but the Wolverines are currently in the midst of a week in which three commits jumped ship and Harbaugh’s staff will be licking its wounds with yet another exit.