Alternate jerseys in college football pay tribute to the past most of the time. They celebrate an anniversary or a glory era that is long gone. Or, if you're lucky, it's your school testing its third color as a primary color. You know, to see what it would like.

Welles Crowther: The Man in the Red Bandana

Crowther, who graduated from Boston College with an economics degree in 1999, worked as an equities trader in the South Tower of the World Trade Center in New York City after finishing up school. On September 11, 2001, when the second hijacked plane of the Al-Qaeda terrorist attack struck the tower, Crowther used his training as a volunteer firefighter to guide 18 people to safety. Tragically, he lost his life in the process when the tower collapsed. He was 24 years old.

The people Crowther saved remember him by distinct trinket: a red bandana. As the flames and smoke grew, Crowther wore the bandana to help him breathe. Thus, he became known as "The Man in the Red Bandana." The bandana was Crowther's totem for a majority of his life. He carried it with him everywhere he went and wore it under his lacrosse uniform. 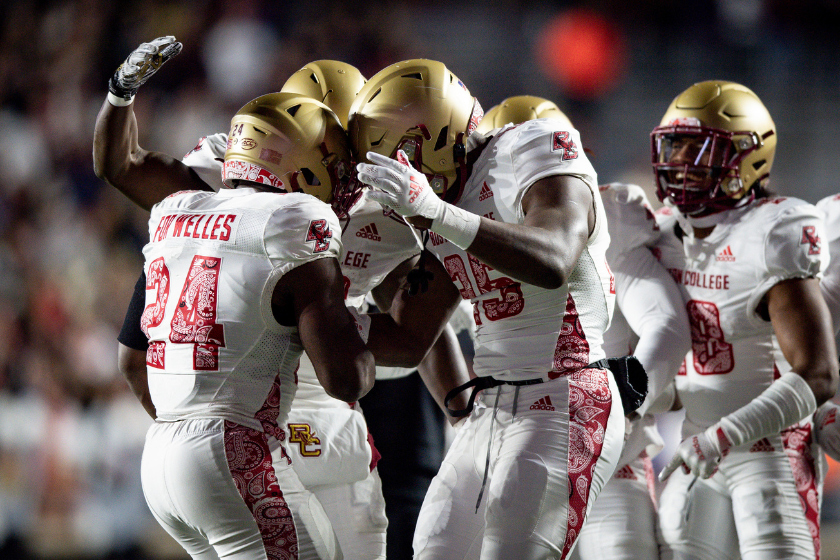 The Red Bandana uniforms have been a staple of the BC football team since they debuted against USC in 2014. Although, the Alumni Stadium crowd and even student sections of opposing schools honored Crowther before the Eagles officially honored him on the field.

Boston College's gold and red lend themselves nicely to a bandana inspired uniform. Wearing their white away jerseys, they use the red paisley pattern as a stripe down the pant leg, as an accent near the bottom of the jersey and to fill in player numbers. Although, the design varies every year. However, the jerseys always read "For Welles" on the back in place of last names. 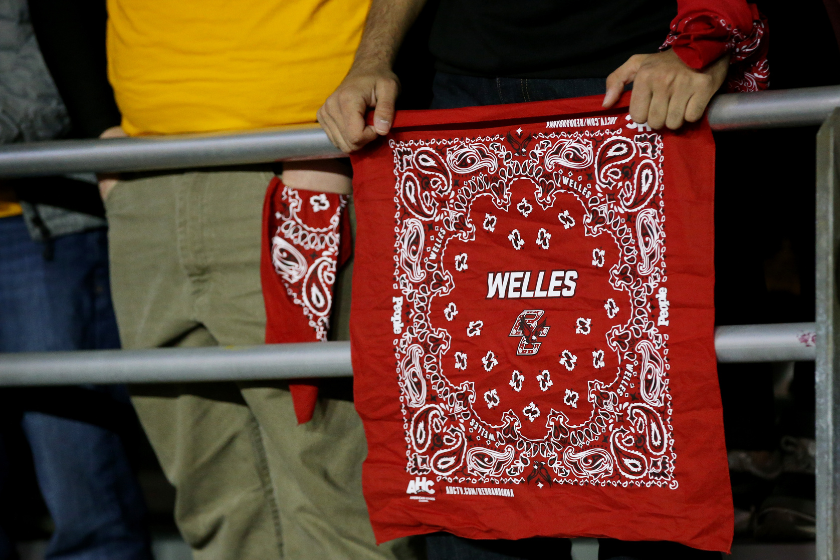 In 2021, the team wore the uniforms twice. First, against UMass on the 20th anniversary of 9/11 and once again against ACC rival Virginia Tech on November 5th.

"I think this will be great for our players," BC head coach Jeff Hafley said before the Virginia Tech matchup. "I think the red bandana is an awesome tradition because, in my opinion, Welles represents so much about what's right in the world. What's about Boston College is that there are great people who are resilient, there are people who sacrifice for each other. It's 'men and women for others,' which is what BC is all about."

This year, Boston College will wear the Red Bandana jerseys against Clemson on October 8th.

Welles Crowther paid the ultimate sacrifice in his act of heroism, but his legacy lives on. There are only two words the Boston College faithful think of when their team dons the red bandana jerseys: "For Welles."

MORE: Pat Tillman Died 18 Years Ago, But The American Hero's Legacy Lives On