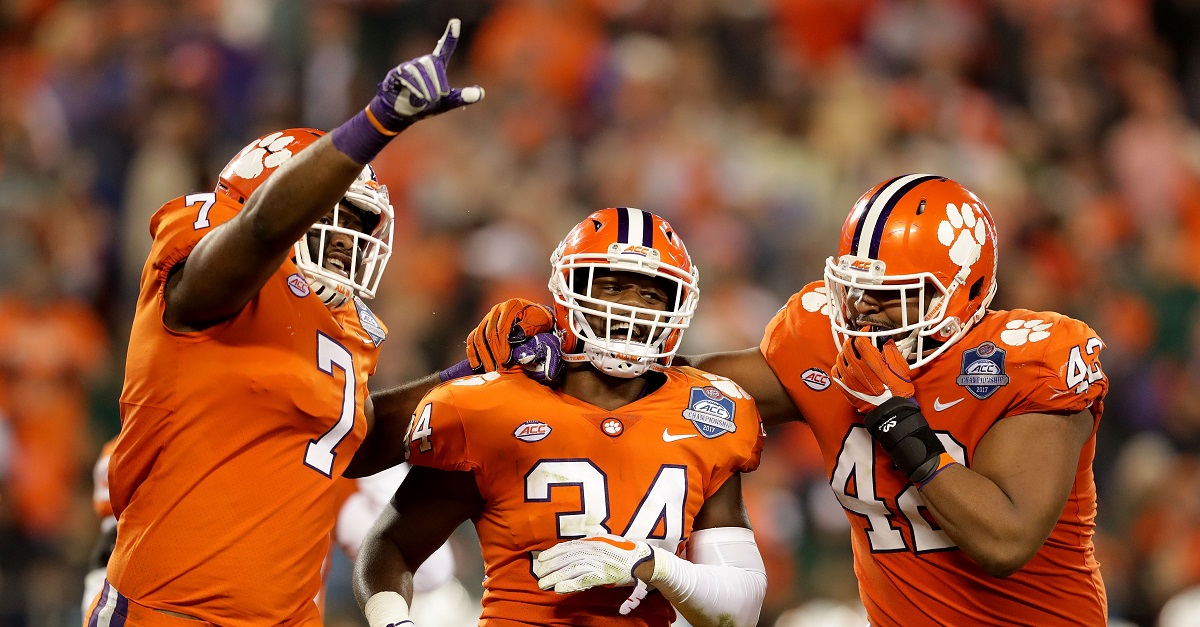 Streeter Lecka/Getty Images
CHARLOTTE, NC - DECEMBER 02: Kendall Joseph #34 celebrates with teammates Austin Bryant #7 and Christian Wilkins #42 of the Clemson Tigers after an interception against the Miami Hurricanes in third quarter during the ACC Football Championship at Bank of America Stadium on December 2, 2017 in Charlotte, North Carolina. (Photo by Streeter Lecka/Getty Images)

Clemson already got some great news last week when head coach Dabo Swinney said four of his major contributors on defense were returning for their senior seasons. That included Austin Bryant, Kendall Joseph, Mark Fields and Clelin Ferrell. Now, it looks like defensive lineman Christian Wilkins will join them as well and forego the NFL Draft for his senior season.

The 6-foot-4, 300-pound lineman should have been a guaranteed high pick with his 60 total tackles, 8.5 tackles for loss, 4.5 sacks and four pass break ups this past season. It looks like he wants one more shot at a National Championship though as he knows that the Tigers should have a great shot at it.