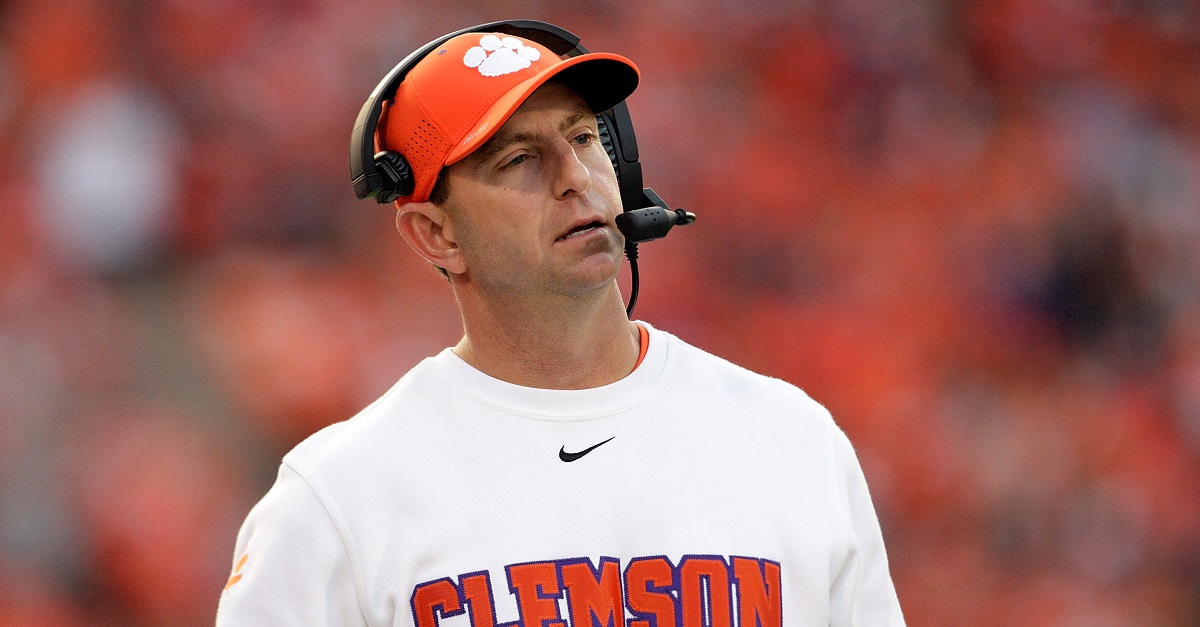 Clemson and South Carolina have one of the longest running rivalries in all of college sports, but it has seemed a bit one-sided lately as Clemson has won the last three in a row. And have done so pretty convincingly with the last win coming by a 56-7 score.

It probably didn’t help that South Carolina coach Will Muschamp felt slighted when Clemson coach Dabo  Swinney didn’t shake his hand before their game. It seems that some of that anger is still boiling for Muschamp as he took a bit of a shot at Swinney when he was getting interviewed on SportsCenter:

SportsCenter anchor: "Clemson has a Dabo and South Carolina has a Deebo." Will Muschamp: "First of all, I like Deebo a lot better." 😂

Deebo is in reference to Deebo Samuel who had five receptions for 83 yards and two touchdowns against North Carolina State on Saturday. And Muschamp is going to have every reason to like his young playmaker better as long as he keeps putting up numbers like those all season.