What are the 36 FSU Seminoles in the NFL Up To? 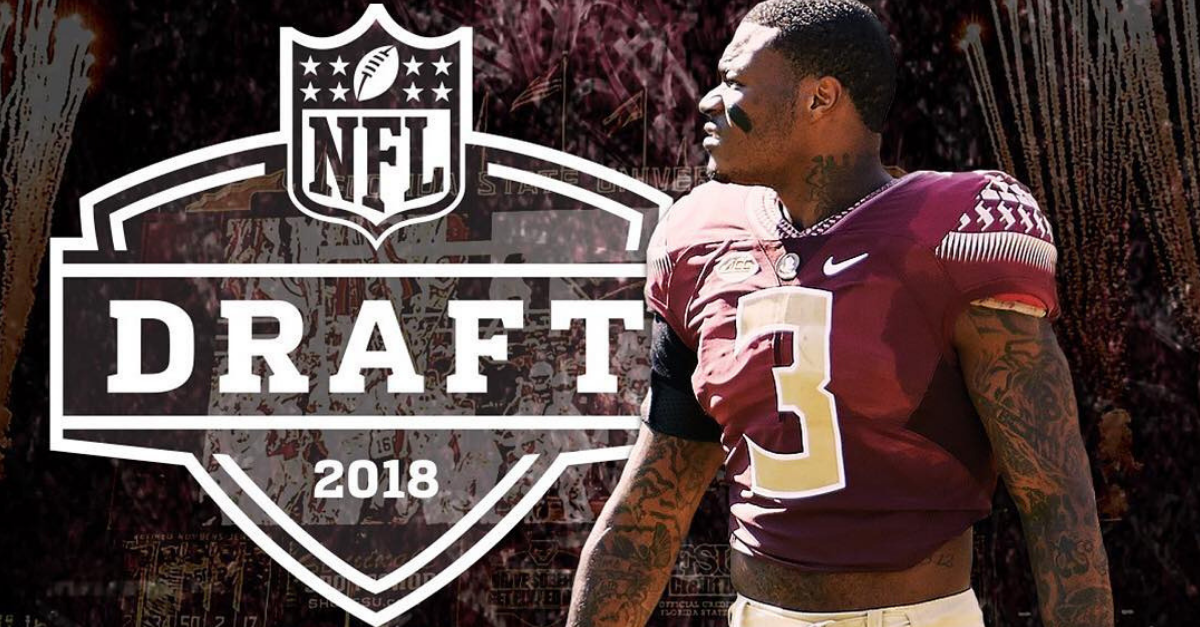 The Florida State Seminoles have always been a top producer of NFL talent, and that holds true this season. Not only do Seminoles regularly get to the league, but they perform once they are there. This is a list of the 36 ‘Noles in the NFL, and how each is performing as the league reaches the halfway point of the season.

At the beginning of the year, Florida State ranked sixth in the country for number of players on NFL rosters behind Alabama, LSU, Florida, Miami and Ohio State.

Position-by-position here are updates on all 36 players through week eight of the NFL season. There are 12 offensive players, compared to 20 on defense, and four on special teams. The highest number at any position is seven linebackers, followed by five cornerbacks playing professionally.

This throw by Jameis Winston may be the worst of the season at any level. pic.twitter.com/q79tDyjAJj

Winston is the only quarterback the Seminoles currently have in the NFL. He has had an up-and-down career, and this season has been full of downs so far. He was just benched last week in favor of Ryan Fitzpatrick after throwing four interceptions in the first three quarters. He also began the season suspended, missing the first three games and then entering in the second half of the fourth game.

In a little over three games worth of action, Winston has thrown for 1,181 yards and six touchdowns with 10 interceptions, tied for the most in the NFL. He is completing 64.9 percent of his passes and is averaging 295 yards per game, good for 10th in the league.

Here's the Dalvin Cook injury…. immediately grabbed his knee and drops the football.

One of the best running backs in Florida State history, and owner of several school rushing records, Cook has struggled to stay on the field so far in his two seasons since turning pro. In those two seasons, he has played in only seven games. Through eight games this season, he has only played in three and has rushed for 98 yards on 38 carries with no touchdowns. He has also picked up 107 yards on nine receptions.

The ninth all-time leading rusher in Florida State history, Freeman has been a game-changer since being drafted by the Atlanta Falcons. He had a rough start to the 2018 season though, nursing groin and foot injuries, and is currently on injured reserve, though he could make a return later in the season. In the two games he has played in, he has 68 yards on 14 carries and 23 yards on five receptions with no touchdowns.

The third and final running back has also missed time this season with injuries. Thompson missed two games because of rib and knee injuries, but suffered a setback with his ribs this past week against the Giants. In his five games played, he has 26 carries for 113 yards and 209 yards and a touchdown on 28 catches.

One of just two receivers currently on NFL rosters, Benjamin is tied for the most touchdowns caught in a single season in Seminole history. After starting his career with the Panthers, he was traded to the Bills where he has spent the last season and a half. Since his rookie year when he had over a thousand yards and nine touchdowns, his production has slowly declined. In eight games this season, he has caught just 16 of the 44 passes thrown his way. On those 16 catches, he has 262 yards and one touchdown.

Greene is the record holder for many FSU stats including catches and yards, but that hasn’t translated to a productive career in the pros. This season, he has caught two of his three targets and gained 17 yards.

In his first season with the Dolphins, the former John Mackey award winner has played in four games and caught six passes for 72 yards and a touchdown. His best game came against the Bears when he caught four passes for 49 yards and a score.

Izzo is currently on the injured reserve after being signed to the Patriots practice squad after the preseason.

Erving has started every game at left guard for the Chief this season after signing a two-year deal with the team and playing in 13 games last season, starting four.

Hart has started all eight games of the season at right tackle for the Bengals after starting 21 games for the Giants over the first three years of his career.

Watson has played in 34 games, starting 24 of them, but has yet to play this season for the Denver Broncos.

Hudson has started 83 games over the past six seasons for the Raiders and has started all seven of their games at center so far this season.

In eight games this season, Edwards has six tackles and a sack. This is his first season with the Giants after spending his first three with the Oakland Raiders.

In his fourth season with the Bears, the defensive tackle has 16 tackles, a sack, and fumble recovery.

The rookie defensive tackle was drafted in the third round and has contributed immediately with 10 tackles so far starting at nose tackle.

He has one tackle on the season in minimal playing time at a loaded defensive end position in Philly.

In his second season in Denver, Walker has one tackle as a backup.

RELATED: Where Does FSU’s Brians Burns Rank Among the Bednarik Award Semifinalists?

In seven games, Bradham has 41 tackles, two sacks, a fumble recovery and two pass deflections. This is his third season in Philly after spending the first four years of his career in Buffalo.

In his fifth season in the league and first in Detroit, Jones has 23 tackles, a and sack as a starter.

Smith suffered a torn ACL this past week. Before the injury, Smith had 22 tackles and a sack in seven games.

In eight games, Smith has made 65 tackles and a sack as one of the key pieces of Jacksonville’s dangerous defense. He is currently ninth in the NFL in total tackles.

Thomas is currently buried on the depth chart, but has made three tackles so far this season as a rookie.

Watson hopes to return from injured reserve over the next few weeks after not playing since last season.

Williams is third on the team, but found a home in Pittsburgh with 23 tackles and a sack this season.

One of the best corners in the NFL, and definitely one of the most vocal, Ramsey finally got his first interception of the season this past weekend. It is difficult to intercept passes though when the ball is rarely thrown his way. He also has 25 tackles and four passes defended.

Darby is in his second season with the Eagles after spending his first two with Buffalo. This season, he has 38 tackles, an interception and 12 passes defended. He is currently their starting corner on the right side.

Rhodes, who is a very reliable corner for the Vikings, missed their last game with a foot injury. He has intercepted one pass and defended five others. He also has 24 tackles on the season.

The veteran corner who has spent much of his career in New Orleans was lost to a foot injury over a month ago and is expected to miss the rest of the season. He had six tackles before going suffering the injury.

PJ Williams ran a hell of a route here and Cousins hit him in stride. Diggs burned yet again pic.twitter.com/cfBZ2BRjW0

Williams has benefited from the injuries on the Saints’ defense and has been playing more. He had his first interception of the season this week when he took a Kirk Cousins pass back 45 yards for a touchdown. He has 22 tackles and a forced fumble to go along with that interception.

After being selected with the 17th pick by the Chargers, pretty good start to his NFL career. James leads the team with 33 total tackles and also has an interception and six passes defended.

Brooks is the backup to Pro Bowl safety Jamal Adams. In limited action, he has nine tackles.

Lamarcus Joyner was a joy to watch in 2017 pic.twitter.com/mbTF3cAUX7

Joyner is currently third on the team with 23 total tackles, but hasn’t had any interceptions yet this season. He does have a fumble recovery though.

Gano has been one of the best kickers in the league this season, making all 11 of his field goal attempts and 15-of-17 on extra point kicks. His most notable kick was a 63-yard field goal to win the game against the Giants. That game-winner tied the NFL record for longest field goal make.

Hopkins has had a great season thus far with 14 makes on 16 field-goal attempts and a long of 56 yards. He has also gone 14-of-14 on extra-point tries.

After ending his long run with the Raiders, Janikowski signed with the Seahawks. He has made eight of his 11 attempts with a long of 56 yards and has made all 21 of his extra points.

Sanborn is currently in his ninth season of long-snapping in the NFL, his second with the Bucs.