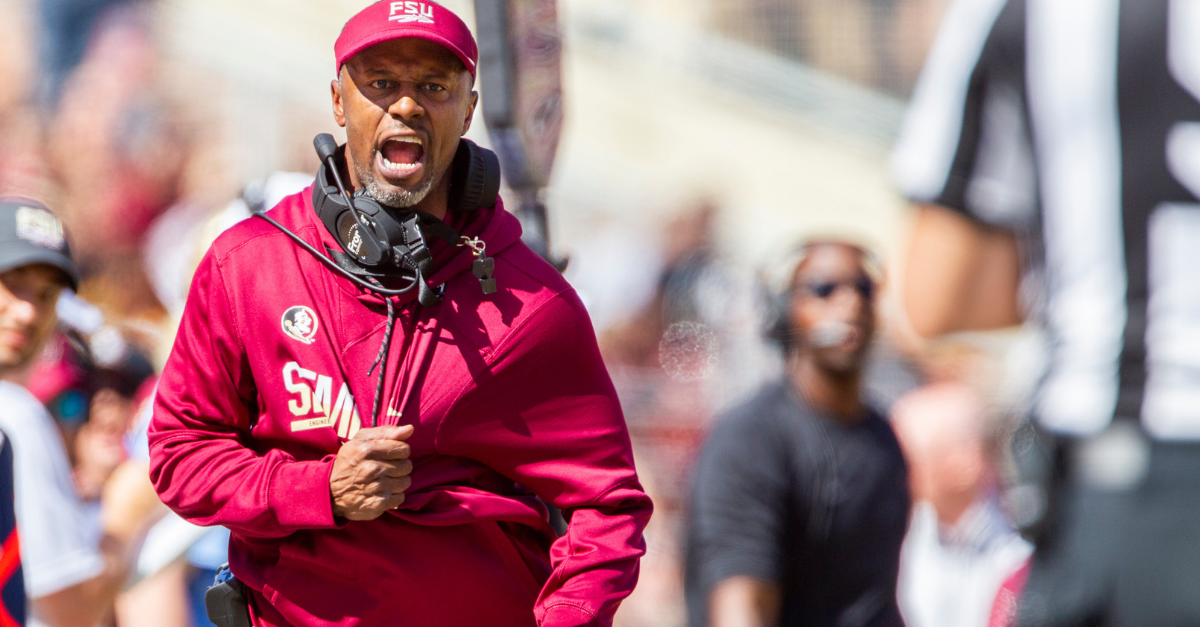 At first glance, losing by 49 points to an ACC divisional rival is about as bad as it can get. But there are some things that make it even worse than the loss itself — It was expected.

This game showed how each program is trending compared to one another. In 2013, the Florida State Seminoles won this game by 37 points, part of a run when they beat the Clemson Tigers three-straight years and four out of five times. Now, the Seminoles have lost four straight including the first two of those losses by a combined 13 points, last season by 17, and then this season by a resounding 49 points.

The Clemson Tigers are obviously the best team in the ACC, and it isn’t even close. But over the past three seasons, we have seen Florida State fall from that elite class deep into mediocrity. Over the past five seasons, the winner of this game has gone to the College Football Playoff each season. In two of those seasons, they won the National Championship, one going to each school.

Each program is trending in opposite directions. The Seminoles used to be one of the top programs in the country, and an ACC championship ran through Tallahassee. They were the game each opponent was circling on their schedules. Now, the ‘Noles are struggling to make a bowl game and get excited for wins over the lower-level conference opponents.

If Florida State can’t even compete against Clemson, it can only get worse. Recruits will look at this game and see it as a mismatch and lean towards the Tigers, or even other Florida football schools. It will be tough to get the top recruits in the state of Florida and around the country if you are seen as a second-class program compared to the ones in your conference. That isn’t even counting the other dominant programs like Alabama, Georgia, Ohio State, and USC that go out and get the top recruits year after year.

RELATED: Ranking the Final Five ‘Noles Games Based on How Likely an Upset Is

The most important thing right now is to prove that this season has just been growing pains under a new coach. This loss wasn’t surprising. The ‘Noles are 11-10 since the start of last season. Clemson is 48-4 since the 2015 season, but it doesn’t make it any easier to deal with.

It may make it worse that this is what was expected. These teams aren’t on the same level anymore, and that’s the worst part. It only took three years to fall from College Football Playoff contender to fringe bowl team.

And this isn’t all on Willie Taggart because this began last season. Realistically, the holes started appearing the season before that. This is the third straight season of gaping offensive line issues. How good could this offense be with some blocking. How good could Deondre Francois be with some time? But there has to be some patience. Though there should be hope of seeing some growth eight games into the season. But it happens.

In Nick Saban’s first season at Alabama, the Crimson Tide went 6-6 and lost to Louisiana-Monroe. It is never a good idea to compare a team to Alabama, but it is proof that change doesn’t happen in one season. It takes time.