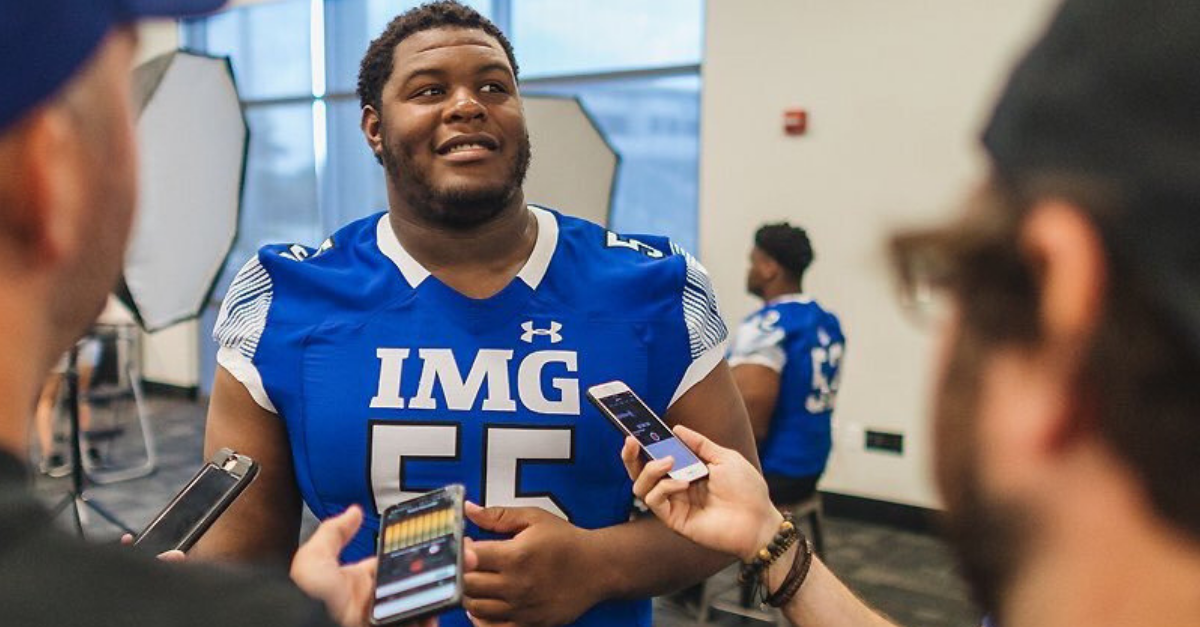 Midway through the season, the Florida State Seminoles sit at 3-3, 1-3 in the ACC, which is definitely a down year compared to past seasons. There are reasons to have hope for the future of the program though, and with a successful recruiting class, the Seminoles could start trending back upwards. And so far, they have built a solid class coming in for the 2019 season.

Florida State’s 2019 recruiting class is ranked as the 10th-best by ESPN while 13th-best by Rivals. Their class is made up of 16 commits at this moment, and 15 of those commitments are rated as four stars on ESPN. Rivals rates 12 players as four stars with the prized recruit in the class, Akeem Dent, is a five-star corner back.

Comin for they head all season 💯🍢 pic.twitter.com/9cpHqXRPge

Many of the top recruits in this class are defensive backs, but the real help comes in the form of Dontae Lucas and Charles Cross.

Lucas and Cross are both four-star offensive lineman who are desperately needed and have a chance off coming in and playing immediately on a unit that has struggled over the past few seasons.

The Seminoles are also losing a lot of experience on the offensive line at the end of this season in Alec Eberle. Eberle is the most experienced lineman on the team with 38 career starts and leads the group at center.

We On Another Level Over Here! Locked in 🍢 pic.twitter.com/s66jxxLG1o

Recruitment along the defensive line is also important. Not because this defensive line has struggled, but because of the loss they will have at the end of the season and how good they have been.

Starting defensive tackles Demarcus Christmas and Fredrick Jones are both seniors. And junior Brian Burns is seen as a first-round pick, so it is likely he will be leaving as well.

Currently, Florida State has commitments from Curtis Fann, Quashon Fuller, and Derrick McLendon, all four-star defensive ends. There is also Derick Hunter and Tru Thompson will enter the program on the inside at defensive tackle.

There is also a lot of time left to tack on a few more names to this recruiting class. With a lot of top recruits left to decide on where they will attend college, there has to be an urgency from Willie Taggart’s staff to mix chasing down the remaining recruits and keeping the current class intact.