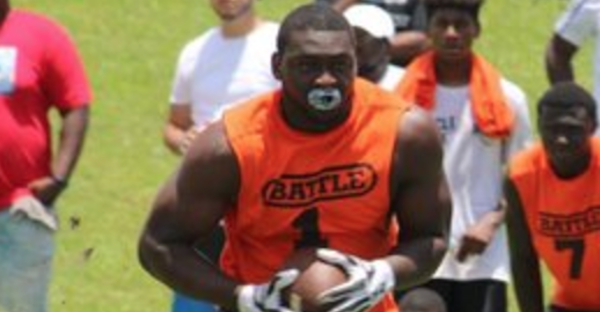 Four-star linebacker Robert Hicks III has committed to the Louisville Cardinals despite an offer from in-conference Miami.

Hicks announced his decision on Twitter, and he said he is shutting down his recruitment process.

The 6’0, 237-pound Miami prospect thanked his family and his high school coaching staff in his tweet, and he said his decision “wasn’t easy.”

“I want to thank Coach Petrino for even seeing potential in me to help better his program and his coaching staff for pursuing and not giving up on me,” Hicks said.

ESPN lists Hicks as the No. 8 inside linebacker for the Class of 2018. He had offers from Auburn, Miami and Ole Miss, per 247sports.

Hicks is a big pickup for Petrino and the Cardinals, who are in the second tier of ACC schools trying to compete annually with Clemson and Florida State.