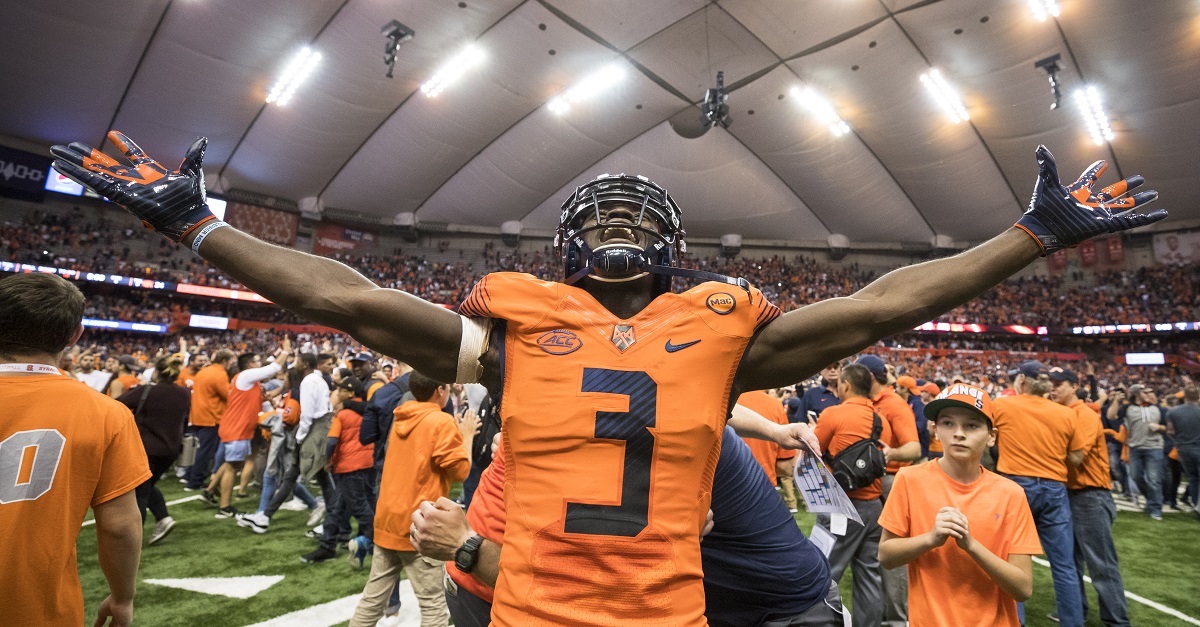 Syracuse’s upset over Clemson was one of the most shocking upsets of the season in college football, and fans of the Orange were understandably thrilled about the win.

Fans rushed the field, which is customary after an unranked teams pulls off a major upset at home, but one Syracuse fan was injury badly while storming the field.

Syracuse fan Justin Heath broke both of his legs and shattered his right ankle while trying to jump over the railing, according to CNY Central. He said he won’t be able to walk for 3-6 months, and fellow Syracuse fans have set up a GoFundMe to help pay for Heath’s medical bills. So far, they have raised $3,533 of the $4,400 goal.

“Justin took a tumble while attempting to celebrate with fans after Syracuse’s upset of Clemson with hundreds of ecstatic Cuse fans. Unfortunately, while hopping over the railing on the way down to the turf he was pushed. Upon impact with the turf his right ankle was completely crushed, his left kneecap was displaced and he broke both legs. After two surgeries that included rods, plates and pins, Justin is likely to be out of work for 3-6 months.

Check out Justin on twitter at @heater22 and give hime some support. Many of the Cuse Twitter Army know who he is and what a huge Cuse fanatic he is. Let’s pitch in to help one of the Orange faithful get back on his feet, literally.

Thanks and Let’s Go Orange!!”

Storming the field can be an enjoyable part of college sports, but it can also be very dangerous. Hopefully Heath can return to normal health quickly and get back to watching the Orange play.