After reportedly being turned down by 15 coaches, an FBS school has finally made a hire 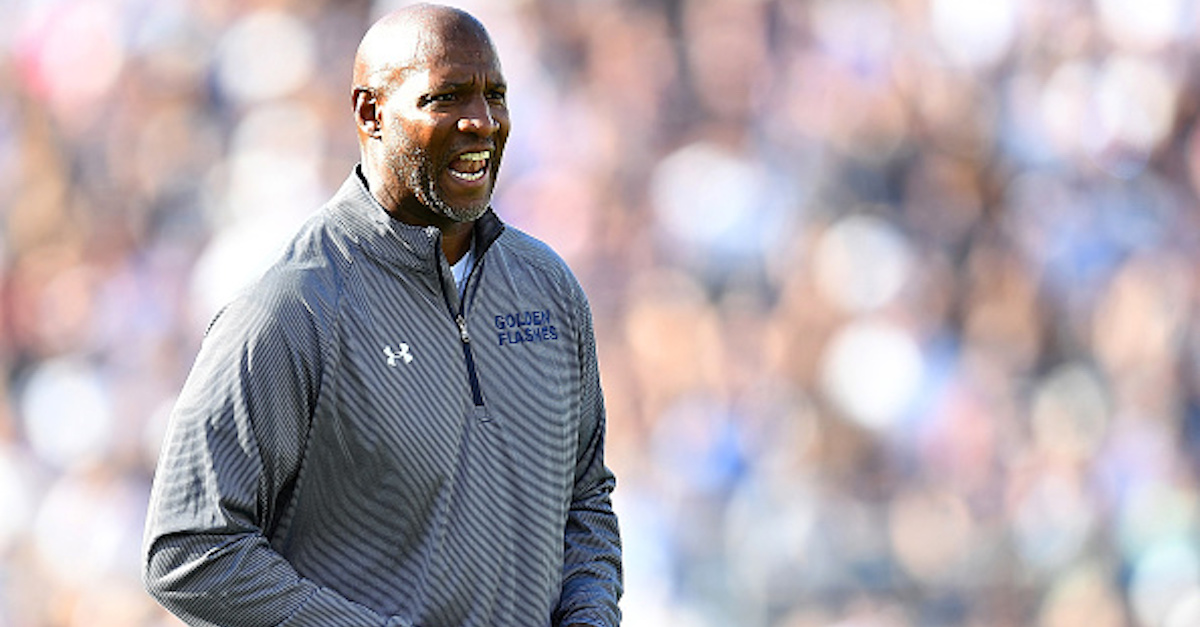 Most of the college football world has been focused on bowl games for a while but, at Kent State, the coaching carousel was still moving as of this week. After all, the Golden Flashes have been without a head coach since Nov. 22 and, in short, their coaching search has been a perilous exercise that reportedly included as many as 15 (!) coaches turning down the position.

Finally, though, the program announced a hire on Thursday and it comes in the form of 31-year-old Syracuse co-offensive coordinator and quarterbacks coach Sean Lewis. Within the announcement, Kent State director of athletics Joel Nielsen said the following:

“We are thrilled to bring Sean to Kent State. Sean brings an innovative style of football to Kent State with an offensive system that is proven in the MAC.  We are confident Sean can build broad support and engagement in our program along with competitive success.”

Lewis’ age is certainly going to be his calling card in the early going, as he is now the youngest coach at the FBS level, supplanting Lincoln Riley after just a one-year stint in that position. Still, there is some actual buzz around the Kent State program now and Syracuse head coach Dino Babers (Lewis’ preview boss) had high praise for his former assistant.

“Sean is a passionate and principled coach who cares deeply about the student-athletes and their development on and off the football field. In the six years we’ve worked together, he’s proven himself to be a highly skilled position coach and coordinator. I’m excited for him and his family that he’s earned this opportunity. I wish him the best.”

Kent State may have a long way to go to make real waves nationally, but the lengthy nightmare is over and there is youthful optimism to draw from in the future.