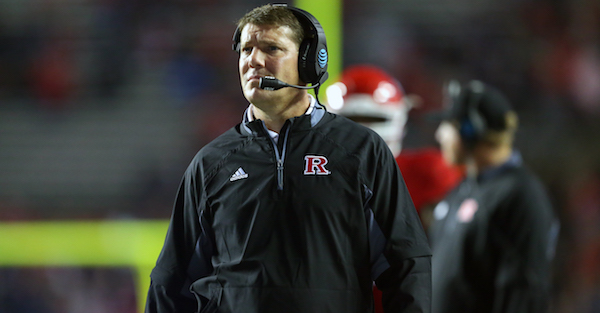 Former four-star wide receiver Ahmir Mitchell has been dismissed from the Rutgers football program according to NJ.com.

Rutgers coach Chris Ash dismissed him for violating team rules, and the coach hasn’t issued any further comment as of yet.

Ash recruited Mitchell’s brother, Damon, to Arkansas in 2013. Damon came to Rutgers as a graduate transfer and to possibly mentor his younger brother. Ahmir was projected to be a starter before tearing his ACL.

The 6’3, 205-pound Mitchell was a four-star recruit out of Cedar Creek High School in Egg Harbor City, New Jersey. He was the No. 5 player from New Jersey coming out of high school.

Mitchell’s dismissal comes right before both of his former teams square off as Michigan hosts Rutgers on Saturday.