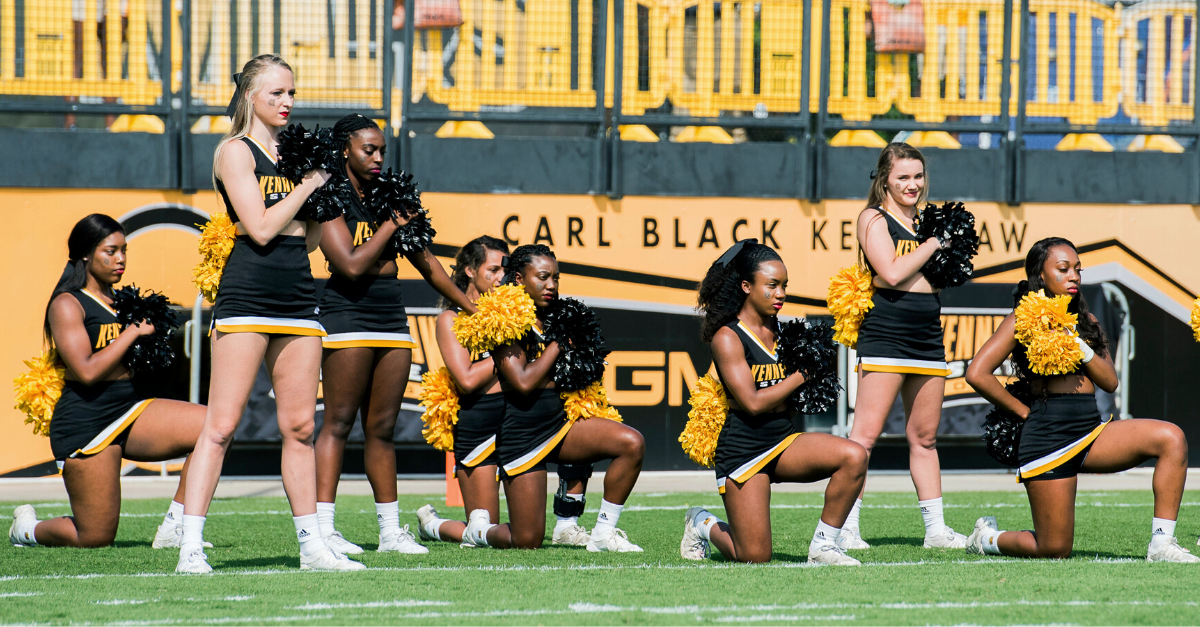 KENNESAW, Ga. (AP) — Kennesaw State University’s decision to remove its cheerleaders from the field after they protested police brutality during the national anthem has cost Georgia taxpayers $145,000 in a legal settlement.

Former KSU cheerleader Tommia Dean settled her lawsuit and will get $93,000 of the award, with the rest going to her attorneys, The Marietta Daily Journal reported after obtaining the settlement through an Open Records Act request.

Dean and four other cheerleaders took a knee before a football game in 2017 to protest police brutality. The school responded by ordering the cheerleaders to stay out of view before several subsequent games began. They were allowed back onto the field during the anthem when the University System of Georgia determined their protests were protected by the U.S. Constitution.

The out-of-court settlement ends Dean’s litigation against former KSU President Sam Olens. Her lawsuit claimed Olens was pressured to punish the cheerleaders by Cobb Sheriff Neal Warren, among others. A federal judge dropped Warren as a defendant, finding no evidence of racial animus. The newspaper reported that Dean’s lawyer said recently that they’re appealing Warren’s dismissal.