Alabama Leads Another List, But This One’s Hurting College Football 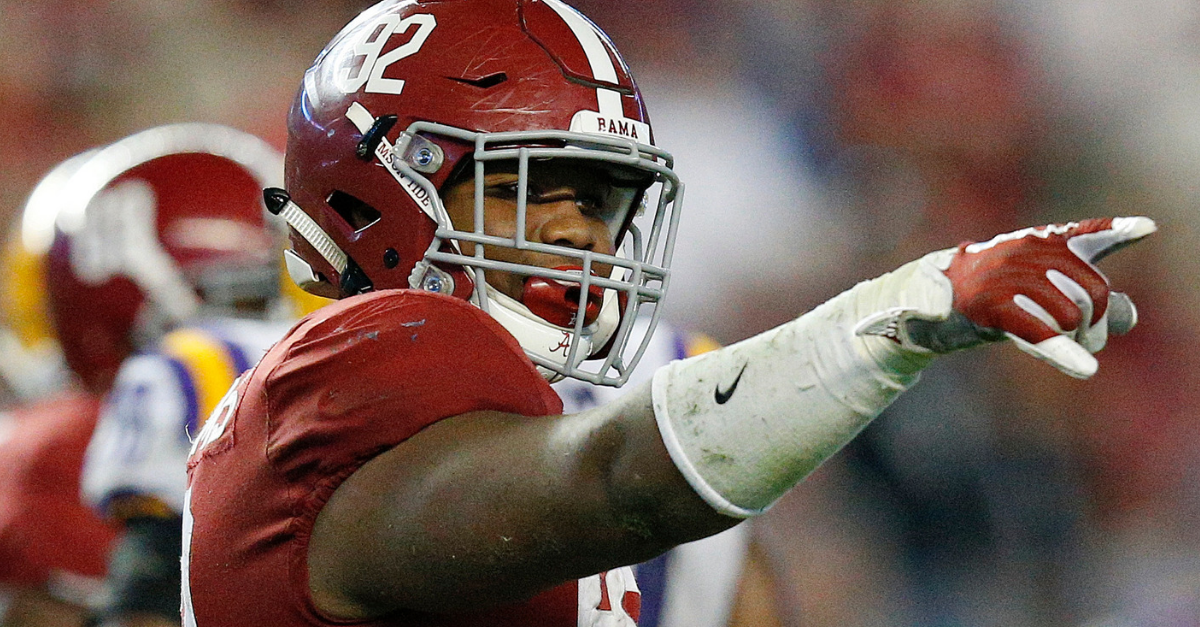 NEW YORK (AP) ? A record number of college football players will bypass their remaining years of eligibility to enter the NFL draft.

The 135 players forgoing eligibility surpasses the 119 from last year. The NFL released the official list on Friday. There are 103 underclassmen eligible for the April 25-27 draft. Another 32 players have graduated but still have college eligibility.

I have declared for the NFL Draft.

The vast majority of players made their intentions known ahead of Monday’s NFL deadline. Among the most notable were Heisman Trophy winner Kyler Murray of Oklahoma and Ohio State quarterback Dwayne Haskins.

Alabama has seven players among the 135, the most of any school, including All-America defensive tackle Quinnen Williams, All-America safety Deionte Thompson and All-America offensive tackle Jonah Williams. Ohio State and Oklahoma each have six players.

Murray has already signed a contract with the Oakland Athletics after being selected in the first round of the MLB draft in June. Murray has yet to break his deal with the A’s, but he could abandon it to play in the NFL. Murray, who is listed at 5-foot-10 and 195, had a spectacular season with the Sooners and is a possible first-round pick by NFL teams.

The 103 underclassmen who have met the NFL’s three-year eligibility rule and renounced their remaining eligibility to enter the draft are three short of last year’s record 106. That number has been trending up for years, including a spike in 2014, when 98 underclassmen were granted special eligibility by the league. In 2013, 73 players fell into that category.

Since 2014, at least 95 underclassmen entered the draft without completing their degrees in every season but 2015, when the number was 74.

“It is not a good situation,” said former Dallas Cowboys executive Gil Brandt, who now works for the NFL Network.

Brandt said too many players who are not ready to compete in the NFL are swayed by agents to enter the draft. He said offensive linemen and quarterbacks in particular can usually benefit from more college seasoning.