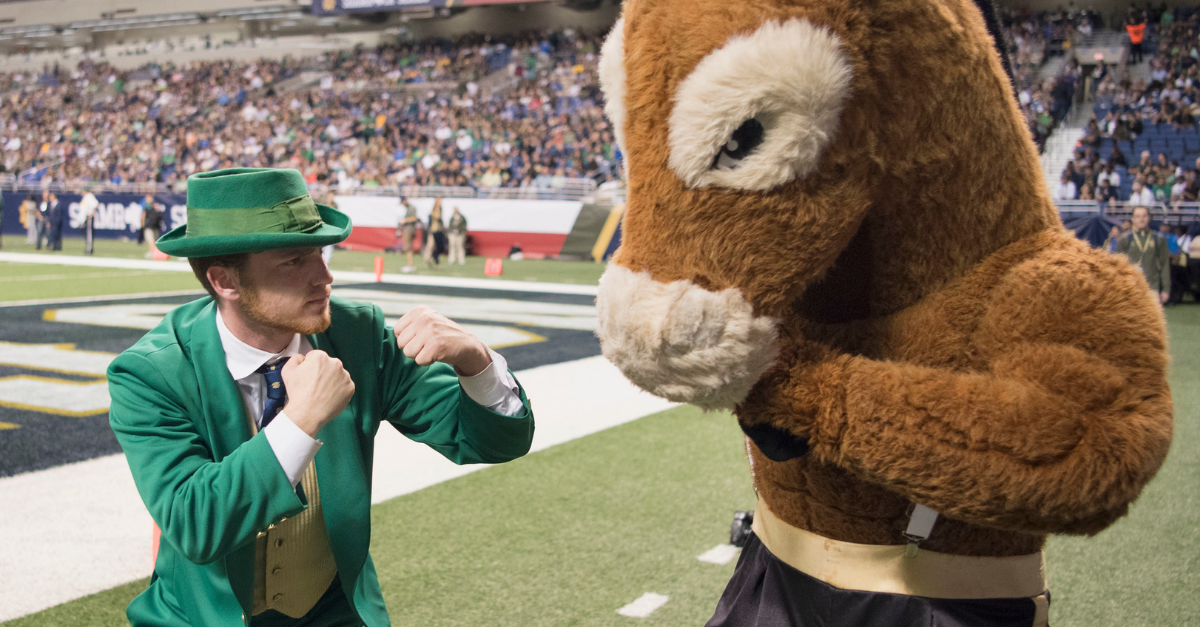 SOUTH BEND, Ind. (AP) ? One of the newest leprechaun mascots for University of Notre Dame says there’s nothing wrong with fighting like a girl for the Fighting Irish.

The university in South Bend revealed its leprechaun lineup Tuesday for the 2019-20 school year. Sophomore Lynnette Wukie is the first woman to don the suit, hat and shoes.

So proud to represent the greatest university as their first female leprechaun #GoIrish🍀🍀🍀 https://t.co/OlOncqK1sl

RELATED: Notre Dame Coach: ?Why Shouldn?t 100 or 99% of the Jobs in Women?s Basketball Go to Women??

Notre Dame says Wukie cited her “need to lead” in her application. The Ohio native also included a video in which she said: “Who says the Fighting Irish can’t fight like a girl?”

Other leprechauns cheering for Notre Dame’s teams are junior Samuel Jackson and sophomore Conal Fagan. Jackson and Wukie are the second and third African Americans in the role. Fagan, a returning leprechaun, hails from Northern Ireland.

The leprechaun became the school’s official mascot in 1965.