If you are a fan of the Appalachian State Mountaineers football program, you've already run the full gamut of emotions in only the first three games of the season.

Seriously. If you're an App State fan, you may need to see a doctor before ever game at this point, just to make sure your heart is able to withstand the drama.

Let's bring you up to speed on what's transpired thus far, shall we? 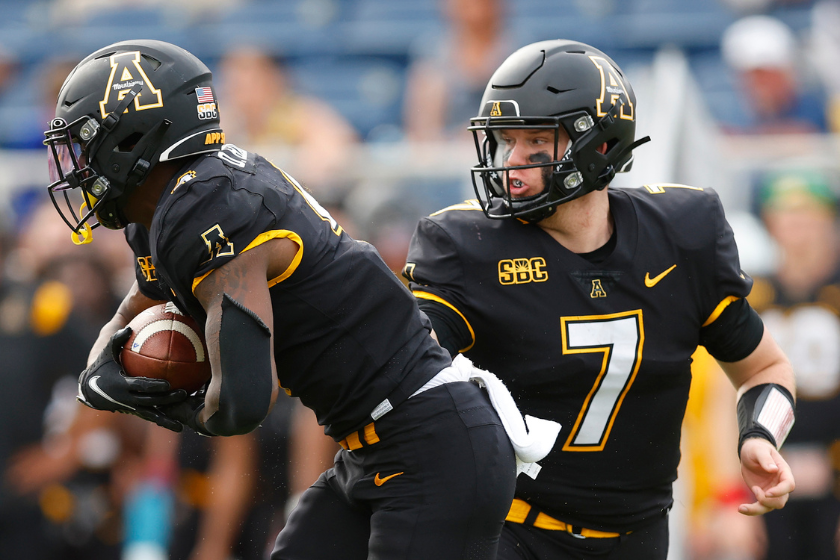 It began with an exhilarating nail-biter of a finish against the University of North Carolina on September 3 at Kidd Brewer Stadium. After a back-and-forth start to that game, App State went into the fourth quarter trailing by 20 points. That set the stage for a final period that saw 62 points scored between the two teams. The Mountaineers put 14 on the board in the first five minutes of the quarter, cutting UNC's lead to six, before the Tarheels answered back to extend their lead again.

The see-saw quarter continued until UNC quarterback Drake Maye hit wide receiver D.J. Jones for a 42-yard touchdown with less than three minutes left. App State would answer with a touchdown pass of their own when quarterback Chase Brice found Dashaun Davis in the end zone with 31 seconds left in the game. They'd go for two and fail, leading to the inevitable onside kick attempt. Instead of just falling on the ball and running out the clock, UNC's Bryson Nesbit took the kick to the house for 43 yards, extending the Tarheel lead but leaving time on the clock for another Appalachian State drive to try and tie the game.

Milan Tucker would take the ensuing kickoff for 47 yards before being tackled on the North Carolina 48-yard line. Brice would only need two pass plays to Kaedin Robinson to bring the Mountaineers back within one point. Once again the two-point conversion attempt was unsuccessful, and UNC escaped, barely. It was one of the most talked about games across all of NCAA college football in Week 1. 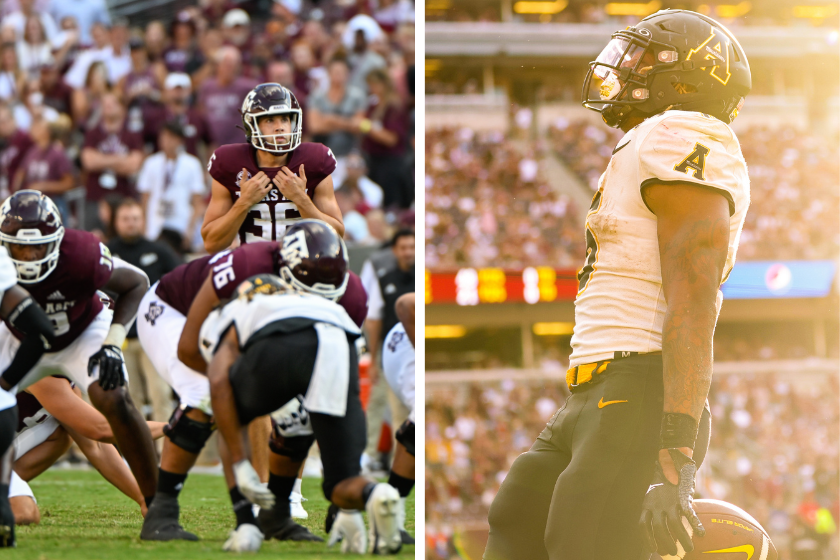 After recovering from the last-second heartbreak, the Mountaineers ventured to College Station to face the Aggies of Texas A&M, who were No. 6 in the AP rankings heading into the matchup. Unlike the offensive explosion against UNC, it was the App State defense that stole the show in College Station. They forced two fumbles from the Aggies offense, both of which led to touchdowns for the Mountaineers. A&M would answer to tie both times, but kicker Michael Hughes booted a 29-yard field goal to put App State ahead with 8:05 left on the clock.

Fittingly, the defense held their opponent on the ensuing drive, forcing a game-tying field goal attempt that was missed from 47 yards out. The Mountaineers offense would go on to run out the clock, defeating the Aggies by a final score of 17-14. It was the program's first victory over an AP Top 10-ranked opponent since they defeated Michigan 34-32 back in 2007. The loss would result in Texas A&M dropping from No. 6 to No. 24 in the subsequent AP Poll. Exhausted yet? I hope not, because just when you thought it couldn't get any crazier, I give you this weekend's contest, against fellow Sun Belt Conference opponent Troy University.

After all of the attention the Mountaineers garnered nationally with their first two games, it was almost inevitable that Boone, North Carolina would be the destination for ESPN's "College Gameday." The storied pregame show visited the App State campus for the first time in its history. The broadcast concluded with Lee Corso making his traditional "headgear pick" by donning the head of Yosef, the Appalachian State Mountaineer mascot, thereby prediction a Mountaineer victory.

You know Coach was rockin' with Yosef and the Mountaineers in our first visit to App State ? pic.twitter.com/PeR6Ac9mjp

With all of the pregame hype behind them, App State took to the field to open their Sun Belt schedule at home in Boone. The game started with an early interception on the first play from scrimmage. Troy quarterback Gunnar Watson's pass was picked off by Dexter Lawson, and three plays later, App State found the end zone when Dashaun Davis tossed a 17-yard touchdown pass to fellow wideout Christian Wells. The early fireworks were a sign of things to come. The Mountaineers started the second half trailing 21-14 but drew even on their first drive of the third quarter.

Running back Daetrich Harrington scored from 19 yards out to cap a nine-play drive. They'd add a field goal later in the quarter, giving them their first lead since early in the game. Trailing by four late in the fourth quarter, Chase Brice drove the team down to the Trojans' 2-yard line before turning the ball over on downs. The Trojans then elected to take a safety rather than punt from their own end zone, and the subsequent free kick was returned by Ahmani Marshall to the App State 47-yard line. That led to this:

On the final play of the game, Brice dropped back, bought his receivers some time and chucked a 53-yard Hail Mary pass toward the end zone. The ball was initially tipped by Dalton Stroman around the 5-yard line before landing in the hands of wide receiver Christian Horn. Horn then looped to the outside and following a key block by teammate Kaedin Robinson, sprinting over the goal line to complete the comeback. The Appalachian State Mountaineers would beat Troy by a final score of 32-28. Head coach Shawn Clark said it pretty bluntly in his post game press conference:

I think after the emotional roller coaster this team and its fanbase has experienced in the last week or two, the more appropriate question might be "how do we top this?" I don't know exactly what the answer is, but given the way this program is trending, my guess is that they will find a way to do just that.

MORE: Who Threw the First "Hail Mary" Pass Ever?