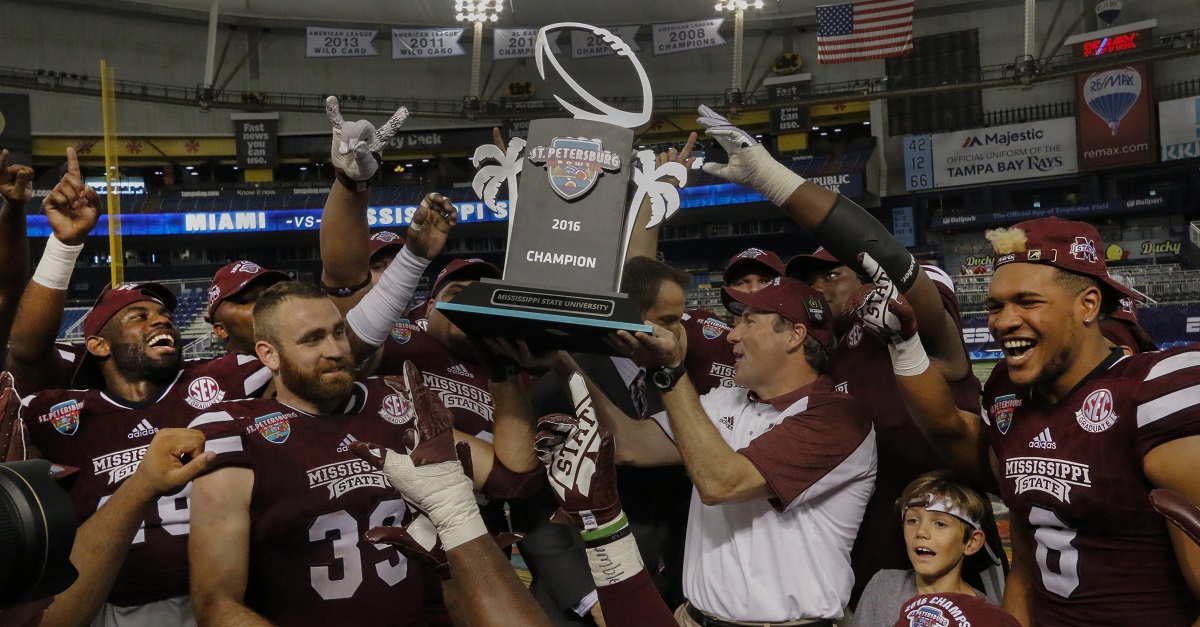 Sponsorships have grown to be a big part of college football, particularly during bowl season. Things like the Capital One Bowl and the Chick-fil-A Kickoff have become ingrained into the sport in recent years.

Well, sometimes those sponsors go a little bit too far.

According to former ESPN reporter Brett McMurphy, the St. Petersburg Bowl has been renamed the Bad Boy Mowers Gasparilla Bowl.

As McMurphy points out, the Gasparilla name comes from an annual festival and parade that has been held in Tampa for over a century. By itself, it’s a cool name that gives the bowl game something local and unique.

But come on, do we really have to keep going with putting the awkward sponsorships in front of the bowl’s name? Can we not go the Rose Bowl route on most games and do the “presented by…” afterwards? It’s sounds so much more formal.

The inaugural Gasparilla Bowl will be played on Dec. 21 with representatives from the American Conference and C-USA.

I guess it might not be too bad… it’s still better than the Dollar General Bowl.