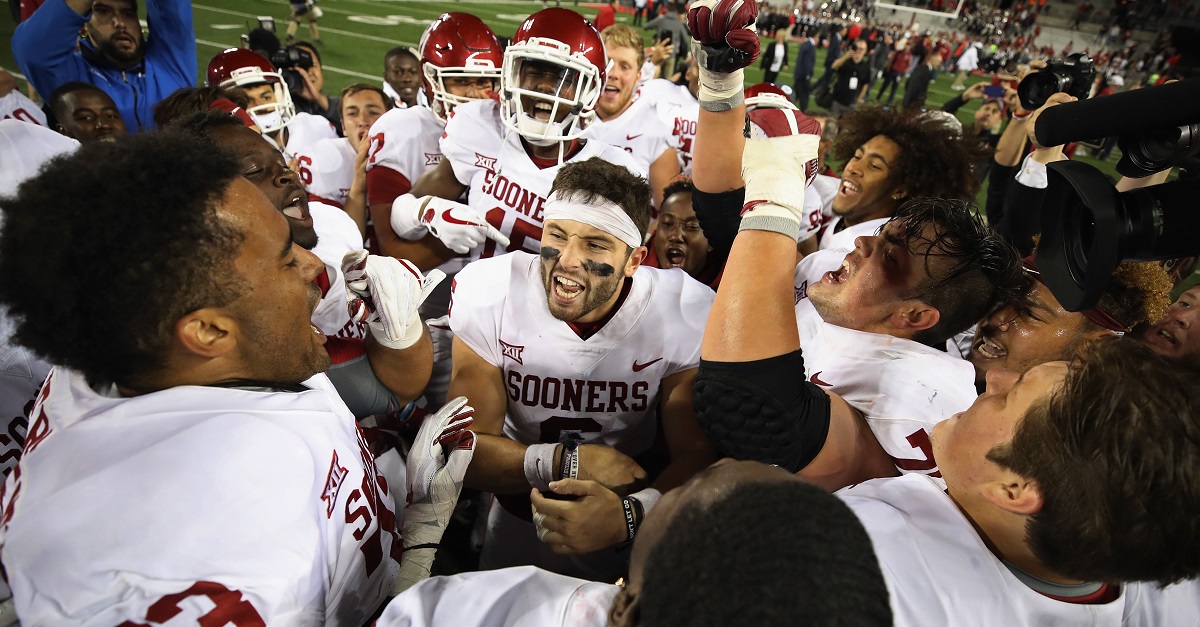 Oklahoma quarterback Baker Mayfield was phenomenal against Ohio State in Columbus while leading his team to a 31-16 win. He completed 27 of his 35 pass attempts for 386 yards and had three touchdowns. You could say he planted his flag there, but he decided to do that literally as he took an OU flag and tried to stick it in the ground after the game:

Mayfield understandably had some emotions running through him since the Buckeyes got the better of the Sooners last year on their field and were celebrating after their win. That’s ultimately how you get revenge and get your troll on too.