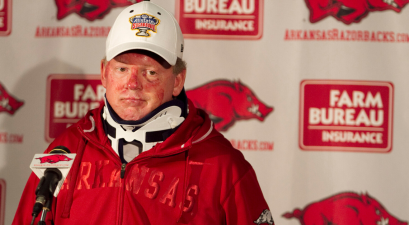 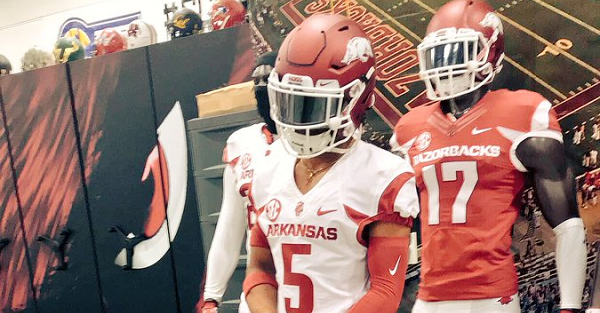 Former Arkansas commit and four-star athlete B.J. Hanspard has officially flipped his commitment and will head to the Big 12 next year. He took to Twitter to make his announcement.

The 6-foot, 170-pound cornerback and receiver out of Desoto, Texas is ranked as the No. 12 athlete in the class of 2018 and the No. 33 recruit in the state according to 247Sports. He decommitted from Arkansas two weeks ago, a few days after coach Bret Bielema was fired.

It looks like he made his decision on a new school pretty quickly and he had offers from Houston, Mississippi State, Ole Miss and Oklahoma State among others. Hanspard became the 20th commit in Baylor’s class that is currently ranked No. 30 overall and No. 6 in the Big 12 according to 247Sports.