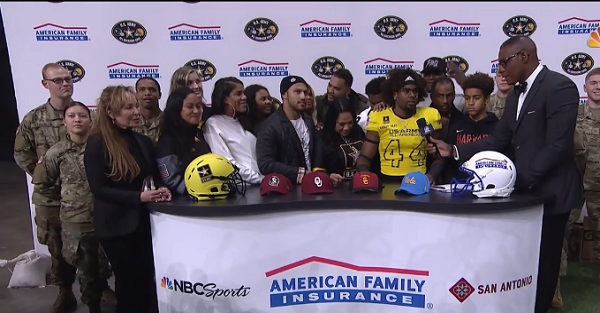 Five-star cornerback Brendan Radley-Hiles promised everyone a “shock” with his commitment and he gave everyone just that as he had six hats on the table for his commitment. He ended up committing to Oklahoma with his five other choices being Clemson, UCLA, Florida State, Nebraska and Alabama.

The 5-foot-10, 187-pound cornerback is ranked as the No. 4 player at the position and the No. 5 recruit in the state of Florida as well as the No. 17 overall recruit according to Rivals. He also has offers from Arizona, Baylor, Florida, Michigan and Ohio State among others. He’s got such a high rating because of plays like this during the U.S. Army Bowl:

Brendan Radley-Hiles with the tip drill leading to an INT https://t.co/QwNjDg8ArF