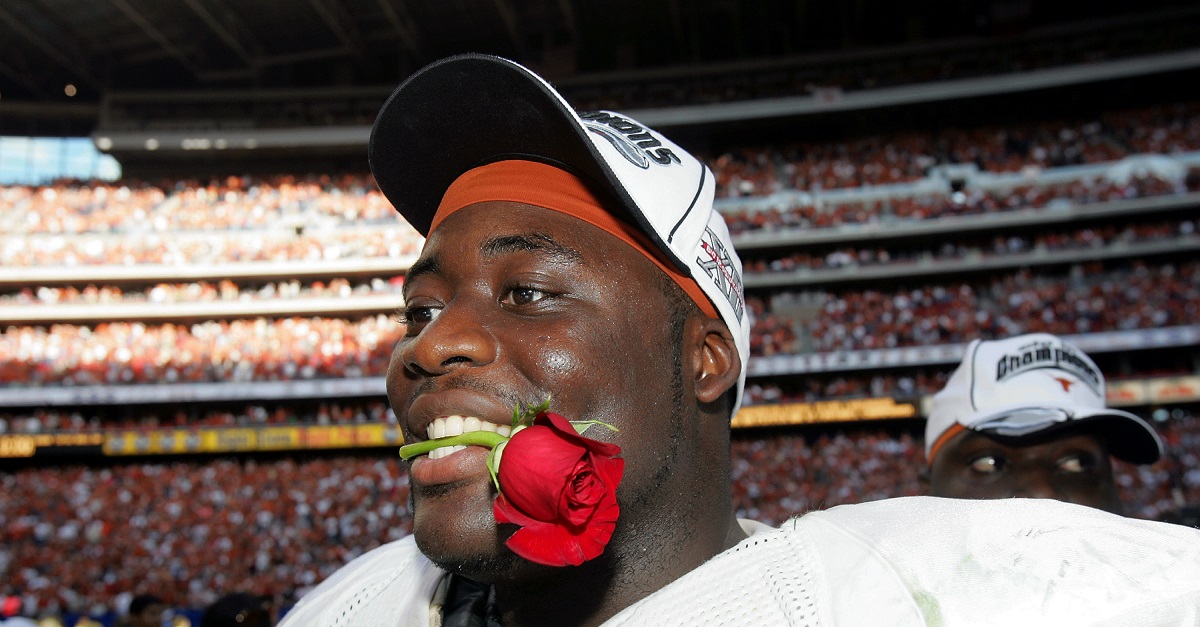 Former BCS National Champion Frank Okam spent some time in the NFL, but has now reportedly rejoined the college ranks. The former defensive lineman will now be joining the Baylor Bears as the defensive line coach according to SicEm356.

He will be replacing Elijah Robinson who left for Texas A&M to join Jimbo Fisher’s staff. Okam was on the team with Vince Young that won the BCS National Championship and defeated USC. He played in the NFL for the Houston Texans, Tampa Bay Buccaneers and the UFL’s Omaha Nighthawks.

Okam was named a Sporting News Freshman All-American in 2004 before eventually entering the 2008 NFL Draft. He’s been with Rice as their defensive line coach the past two seasons so he does have some experience coaching the position after of course playing it for so many years.