If you've ever passed through Austin, Texas in your life, or been anywhere near a television when University of Texas Longhorns athletics is on the screen, you've seen it. That iconic symbol known as "Hook 'Em Horns" is nothing more than a person's middle two fingers held down by their thumb, while their index and pinky fingers are raised in the air, resembling (you guessed it) horns.

And as you'd expect with one of the winningest college football programs of all time, there are more than a few haters in the world. From the West Virginia Mountaineers to the Oklahoma Sooners and Texas A&M Aggies, the counter to Texas' iconic gesture became known as "Horns Down," which is just the same thing upside down. Any player who flashes that hand signal during a game could receive an unsportsmanlike conduct penalty from Big 12 officials.

Why is "Horns Down" a Penalty? 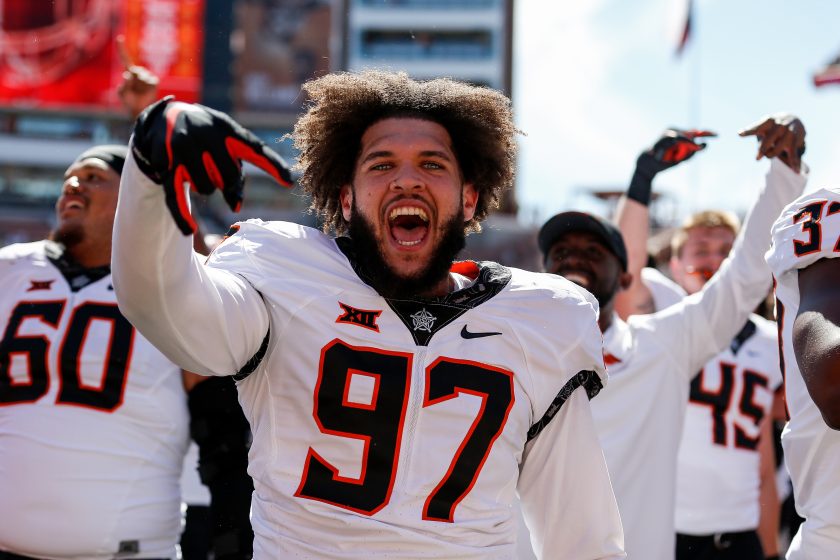 This isn't anything new. At the 2019 Big 12 Media Days in Arlington, Greg Burks, the conference's coordinator of officials, was asked about the "Horns Down" gesture and how the league will be handling it going forward. Without giving a definitive answer, Burks simply stated any potential 15-yard penalty for taunting will be up to the discretion of that game's officials.

"The answer I will give you is 'it depends.' It's like any unsportsmanlike act. If somebody scores quickly, turns to their cheering section, and it's quick and they move on, we're not going to do anything with that. If it's to a bench or to another player, and it's prolonged, it would be an unsportsmanlike act."

Burks added that players wanting to taunt UT should "do it in their bench area" because at that point, officials are "not going to look at it." Burks further clarified in 2021 prior to the football season that the "Horns Down' penalty will "probably" be a foul if you do it to a Texas player.

"Lemme put it this way," Burks said at the 2021 Big 12 Media Days. "If you do a Horns Down to a Texas player as an opponent, that's probably going to be a foul."

"Please all of you note, I said 'probably,'" he added. "We have to consider intent and consider the situation. We'll leave it to officials."

Big 12 officiating coordinator Greg Burks was asked about possible penalties for players using the Horns Down gesture. He said this:

"If you do a Horns Down to a Texas player as an opponent, that's going to be a foul."

Previously, the conference did not have an official ruling on the Horns Down symbol. However, in the 2018 thrilling 42-41 win over the Longhorns, former WVU quarterback Will Grier and wide receiver David Sills V were separately flagged for unsportsmanlike conduct penalties after flashing the Horns Down gesture following touchdowns.

Of course, he wasn't the first do it. Baker Mayfield was another notable figure to throw up the 'Horns Down' when he beat Texas in 2016.

While this sounds like borderline whining by the Longhorn faithful, the hand sign means more than just playful rivalry banter to that community. Back in 2012, legendary UT head coach Mack Brown called the hand gesture "disrespectful" and added the conference "ought to talk about that as a league."

"I remember every single team/player that disrespects the rich tradition of the University of Texas by putting the Horns down," former Texas quarterback Sam Ehlinger said in a tweet after the WVU game. "Do not think it will be forgotten in the future."

Why "Horns Down" Shouldn't Be a Penalty 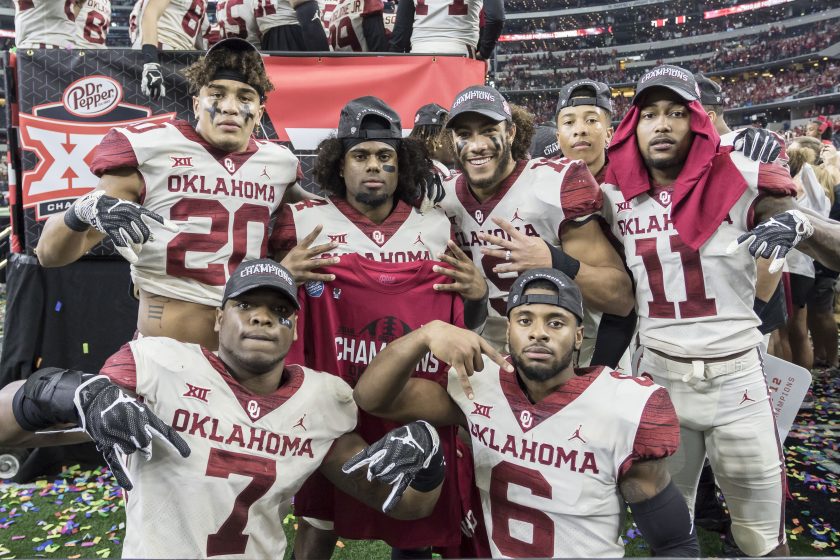 I'm sorry, but flagging this is complete B.S.

Teams mock Florida's "Gator Chomp" every single year. Opposing fans love doing the "Tomahawk Chop" when Florida State is getting beat in the ACC. Team chants like LSU's Neck or Alabama's Rammer Jammer were created to talk smack on their rivals. Are those penalties? Well, sometimes.

College football was built on the premise of rivalry, hate and smack talk. Heck, there's even a rivalry game called "Clean, Old-Fashioned Hate" between Georgia and Georgia Tech. And you know what? That's OK. That's part of what makes these games so interesting and entertaining.

The last thing the NCAA should want to become is the NFL, who is cracking down on football players who taunt opposing players left and right.

Horns Down is a subtle, non-verbal jab at Texas fans. It's not the middle finger, so let's calm down. The fact that this is penalty-worthy, honestly, is a little ridiculous. But this is the Big 12, and without the University of Texas in it, there wouldn't be much of a conference to begin with. That brings us to the next question...

Will "Horns Down" Be a Penalty in the SEC? 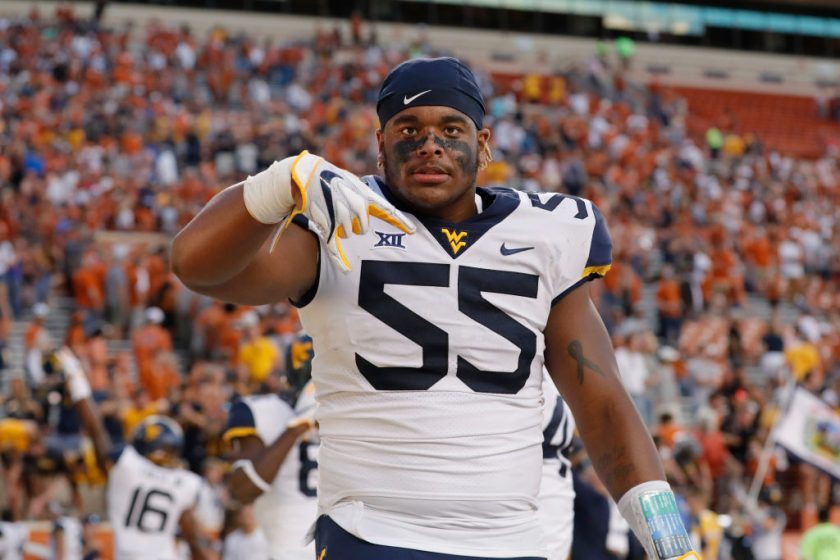 Given the news the Oklahoma and Texas will be joining the SEC at some point in the future, this begs the question: Will the Horns Down sign be a penalty in the SEC?

In short, we don't know quite yet.

Missouri coach Eliah Drinkwitz asked SEC Commissioner Greg Sankey in July 2021 and was met with a "no comment."

Missouri coach Eliah Drinkwitz: ?(The big question) from yesterday is 'Horns down' gonna be a 15-yard penalty in the SEC? I asked Commissioner Sankey and he said ?no comment."

Some coaches aren't even aware the Horns Down is a penalty currently. Even college football's king, Alabama head coach Nick Saban, didn't know it was a penalty until a reporter told him during a press conference on September 7, 2022. As if the Crimson Tide needed any tips as it is...

Nick Saban was not aware of the ?Horns down? gesture being a penalty.

The media may have just saved Alabama 15-yards. pic.twitter.com/1Aj4i0wKy7

"What's that? I have not addressed it with the team, but I appreciate you letting me know that," Saban said. "So, you know, we've got a lot of other things we need to really worry about. But I think that's a good thing for me to go over with the team so I appreciate that."

Even at 70, Nick Saban is still learning things about the sport.

The SEC may still have a couple years to decide whether that will be a penalty, but it will in all likelihood come down to the referees. If they see it as malicious and inciting, they could throw the flag.

'Horns Down' is a timeless tradition when opposing teams play the Texas Longhorns. Let's keep it that way.