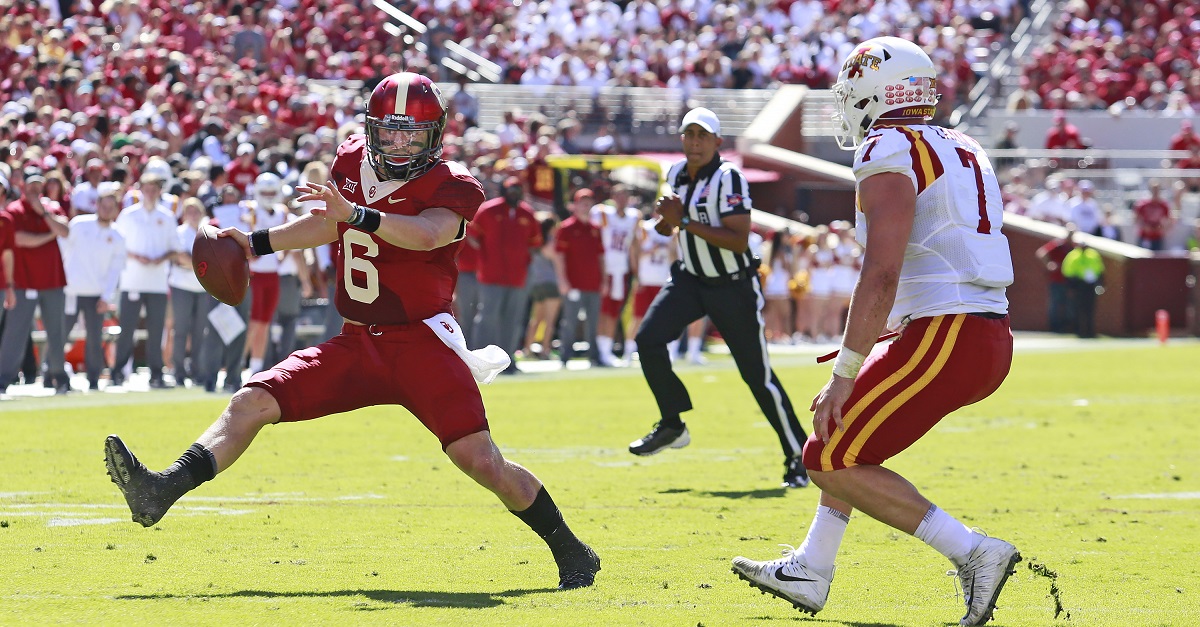 Iowa State was playing without its starting quarterback against No. 3 Oklahoma and even went to its third-stringer in linebacker Joel Lanning. He led the team to an improbable 38-31 win over the Sooners in Norman to absolutely stun them and break open the Big 12 race for the conference’s College Football Playoff spot.

While tossing in a third-string QB might not normally be a big deal, it’s pretty crazy in this instance because Lanning was actually playing linebacker for the Cyclones — and even played the position during this game — because starting QB Jacob Park took an usual leave of absence and he came in for second-string QB, Kyle Kempf.

Here was the touchdown that would prove to be the game-winner for the Cyclones:

Kempf finished with 343 passing yards for three touchdowns while the defense handled Baker Mayfield for the most part. They kept him to a lower-than-normal 306 passing yards, but he did get loose for 57 rushing yards.

The Cyclones play host to Kansas next week while the Sooners will host Texas.