"Red River Valley," aka "the Cowboy Love Song," was an old western song dating back to the late 1800s. But this ain't no love story. This is Oklahoma vs. Texas football. This is the Red River Showdown.

Typically, historians agree that the days of the "Old West" ended around 1900. Still, a new wild west showdown was beginning at that time. The Universities of Texas and Oklahoma first met on the gridiron in 1900 in a rivalry game that would span generations. In 1929, the Texas State Fair started playing host to the Red River Showdown. Since 1934 it has been played on the second Saturday in October (with 2018 being the lone exception) at the Cotton Bowl in Dallas. This year will mark the 118th Red River Showdown, with Texas leading the series 62-50-5.

Oklahoma and Texas first played on October 10th, 1900. The old west days were winding down, and the lawful and outlaw cowboys were riding off into the sunset by then. However, famous wild west names like Wyatt Earp, Bat Masterson, Butch Cassidy, and Buffalo Bill were still alive. So it's possible cowboys rode their horses and wagons up to the field in Austin, Texas. Maybe they took in this game that began an intense rivalry between the two states that is still going strong 122 years later.

Texas won the first Red River Showdown 28-2 and would finish its season a perfect 6-0. And the rivalry was born.

It's safe to say that Texas fans and Oklahoma fans do not like each other. Nowadays, the rivalry is more traditional and football based. Still, these two states almost went to war in 1931 over a toll bridge set up over the Red River that would link the two states. Thankfully they resolved the matter peacefully. The war is now a war of words fought in the stands and at the tailgate parties. 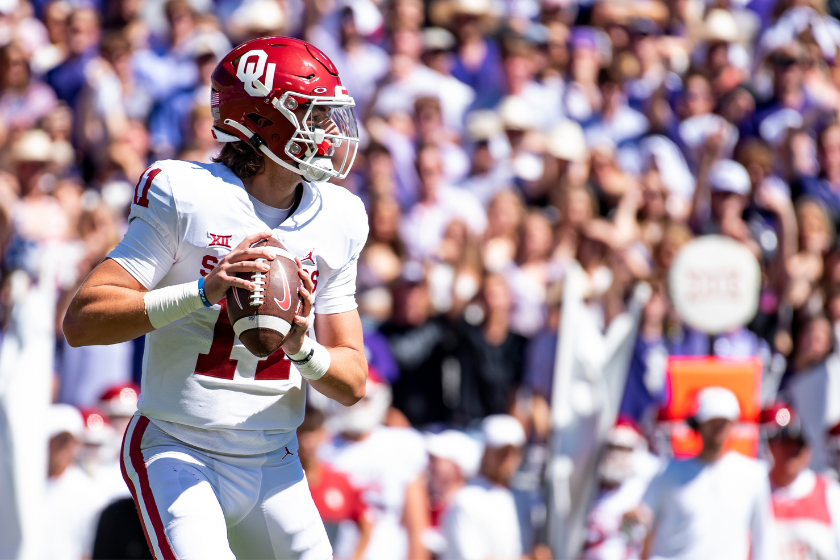 RELATED: Brian Bosworth Dominated College Football, But Where is "The Boz" Today?

Oklahoma is coming off two awful losses to TCU and Kansas State in the last two weeks. Two weeks ago, Norman could've claimed that they were the No. 6 ranked team in the country and eyeing a run for a college football playoff spot. But double-digit losses to two unranked teams saw them unceremoniously excused from the Top 25 rankings.

Oklahoma may likely be without the services of Quarterback Dillon Gabriel, who was still in the concussion protocol after a head injury suffered last week vs. TCU earlier in the week. With all the attention on the NFL and Miami Dolphins regarding Tua Tagovailoa, the NCAA and Oklahoma Sooners may exercise extra caution and not rush Gabriel back.

Oklahoma will turn to their backup quarterback, Davis Beville, and third-stringer General Booty. The run game is still the most vital part of the Oklahoma offense. Head coach Brent Venables will probably rely heavily on it against a Texas defense that overall is fairing pretty well but struggled against Alabama. 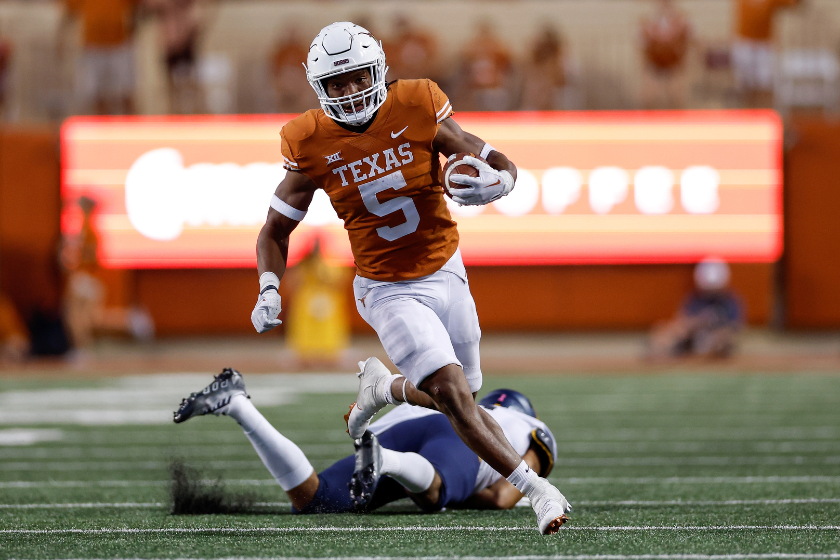 RELATED: The Texas Longhorns Renaissance Begins in 2022. These 5 Players Are Why.

The Texas Longhorns are also facing a potential quarterback issue. Its starting quarterback Quinn Ewers banged up in the Alabama game on September 10th and hasn't returned since. Ewers has been deemed healthy enough to play in this game. Still, head coach Steve Sarkisian hasn't tipped his hand yet on whether Ewers will fully return or if he will split snaps with backup Hudson Card.

Regardless of who starts under center, Texas will rely heavily on Bijan Robinson, who is tied for fourth in the country with eight rushing touchdowns and 14th in rushing yards with 515. He has gone over the century mark in back-to-back games vs. West Virginia and Texas Tech. With the national spotlight on him, this could be the perfect game for Robinson to show he can shine in a big game atmosphere. He is widely expected to be the first running back off the board in the NFL draft this April. Still, he could creep into the Top 10 with a string of solid performances, none more important than one of the biggest games on the college football calendar. 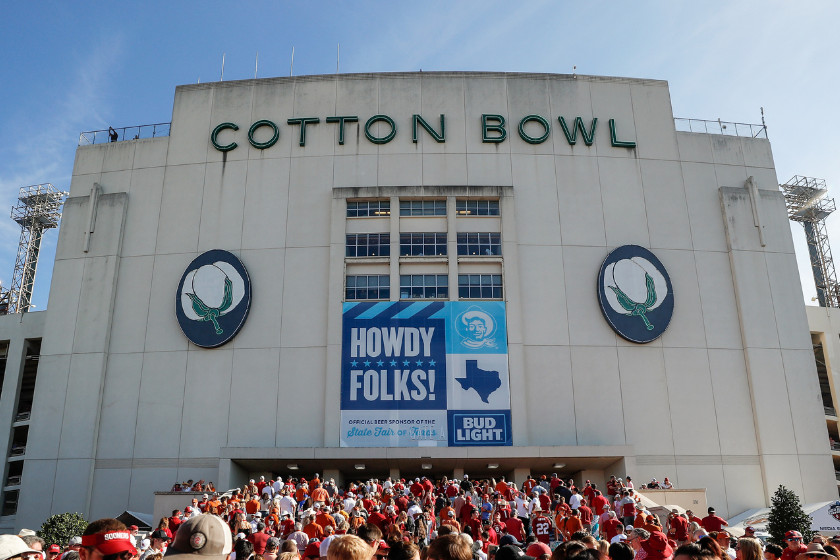 RELATED: Texas Football Was Back, Even If It Was Just For An Afternoon Against Alabama

Oklahoma and Texas kickoff at the Cotton Bowl in Dallas for the 118th matchup in this storied rivalry on Saturday at 11 a.m. EST on ABC. Long gone are the days when either school was in the National Championship conversation, and it will be the first time since 1998 that neither team is ranked inside the Ap Top 25. If you're wondering, that's why ESPN College Gameday snubbed this game in favor of another Big 12 matchup between Kansas and TCU. It will also be the first game since Texas and Oklahoma announced they would leave the Big 12 in 2025.

However, that move seems one Big 12 schools like Iowa State and Oklahoma State couldn't care less about.

Whether you call it the Red River Rivalry or the Red River Shootout, the bottom line is the Red River Showdown is never disappointing. Last year's matchup saw Oklahoma come from being down 28-7 in the first quarter and 38-20 at the half, scoring 25 fourth-quarter points to win a thriller 55-48.

In 2008, No. 5 Texas upset No. 1 Oklahoma in a shootout 45-35 on a day when Oklahoma quarterback Sam Bradford tossed five touchdown passes. And let's not forget the 2020 game, which took four overtimes to finish in a 53-45 Sooner victory. No matter if the game is played under the umbrella of the Big 12 or the SEC (as it will be in a few years), it's a game for all college football fans to enjoy yearly.

From shootouts to comebacks, last-second victories to crushing defeats, from Oklahoma to Texas, the Red River Showdown never disappoints. Why should this year be any different?

Do not hasten to bid me adieu.

And the cowboy that has loved you so true.