The St. Louis Cardinals are in a playoff race. They're ahead in the NL Central and, barring a mega collapse, should be finishing the regular season atop their division. Albert Pujols has made his triumphant return to the Cards, and they look to have a chance to make a real run.

Enter the Atlanta Braves, who are battling the New York Mets for the top spot in the NL East. So when they made their way to Busch Stadium this past weekend, those who couldn't make it to the ballpark expected to sit back and watch a dogfight over the course of nine innings.

To be fair, that is pretty much what they got, and STL managed to take two out of three games in the series before heading to Cincinnati with the hopes of beating up on the Reds.

However, what nobody saw coming, was Adam Wainwright. I mean, he was slotted to pitch, so we knew he'd be making an effort to mow down hitters. But what we didn't expect was the Georgia native's own music to make its way into the commentators' playlist.

ESPN decided it would be a good idea to play a single from Wainwright's upcoming album. So the national audience was -- we'll say treated -- to one of baseball's good old boys playing a country song. Poor Waino. While I'm sure he's excited to have the opportunity to showcase another side of him, the reaction from the broadcast probably has him focusing on his next start against the Chicago Cubs.

Country music is not for everyone. But I'll cut him some slack, seeing as Wainwright was always a selection to my fantasy team, and he's trending for all the wrong reasons. Nobody needs that. This is podcast fodder at best.

However, this isn't the first time an MLB player has taken a swing at a musical pitch. Bronson Arroyo, former Red Sox and Reds pitcher, dropped a rock album. Jake Peavy and Barry Zito are others who have picked up a guitar. Not only was Wainwright's song just a bit outside, but it would have forced Yadier Molina to make a visit to the mound to tell him to change it up. Yadi wouldn't stand for his mediocrity on the mound. Even if there was a musical bullpen, there's no way you could consider this song any sort of relief. 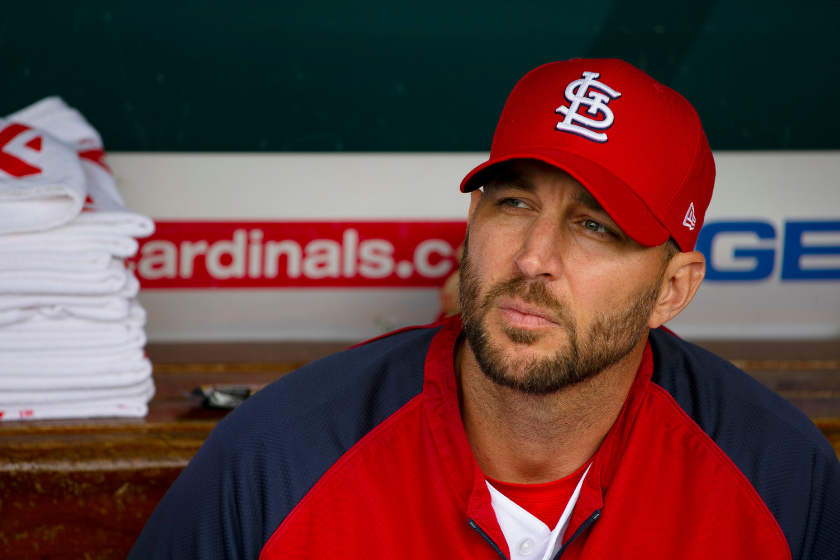 I'm sure Waino had no intentions of entering the Country Music Hall of Fame, but I also don't know if he expected fans to consider his music this far wide of the mark.

With a possible MVP season from first baseman Paul Goldschmidt and banner years from teammates Nolan Arenado and Tommy Edman, Wainwright will definitely want to get back to the matter at hand with a potential World Series run in his sights. But it's going to be a start or two before ESPN's odd decision to assault the ears of its listeners will be but a mere memory. Have commentators really been struggling that much to come up with content? Or did ESPN actually think this was going to be a good play?

Regardless, the main thing to focus on here is that Waino went six and two-thirds innings, struck out four, and managed to only gave up two runs on eight hits. And those are the only hits he should focus on moving forward. If you don't believe me, just check Twitter. They...didn't love it.

Sorry, Adam. Peter Gammons you are not.