Albert Pujols is one of the greatest MLB players to ever step foot on the field.

And while his career trailed off after joining the Los Angeles Angels, the first baseman's legacy will forever remain as one of the game's most-feared hitters, and every MLB team has chosen to give him one last standing ovation as he spends his final season on the diamond with the St. Louis Cardinals. And what better way to send "The Machine" off into the sunset than to celebrate his career at the 2022 MLB All-Star Game in Los Angeles.

The Dominican Republic legend has been playing in MLB since 2001, and his 22-year career has seen him amass a monumental fortune.

So, just how much money has Pujols hauled in throughout his playing days? 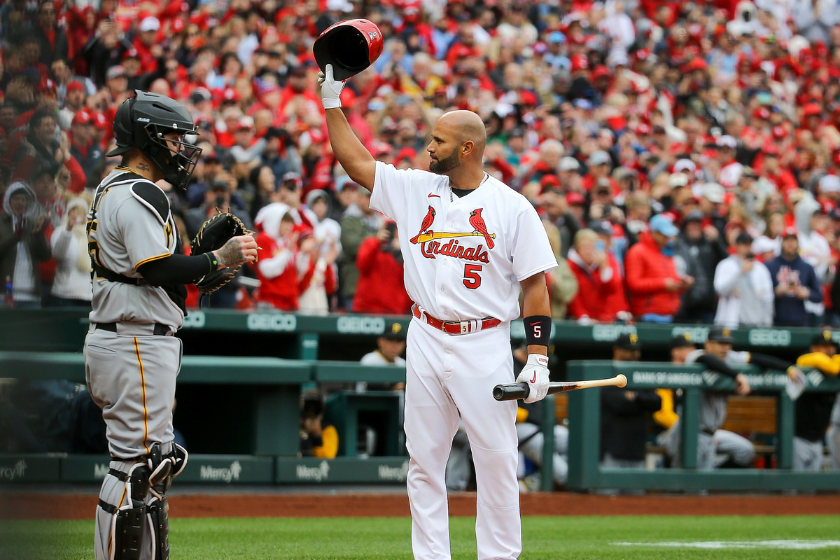 Albert Pujols grew up in New York City, but moved to Missouri during his youth. The Fort Osage High School graduate attended school at Maple Woods Community College in Missouri and stayed in-state when he turned pro.

Pujols made his MLB debut in 2001 as a member of the St. Louis Cardinals, who selected him in the 13th round of the 1999 MLB Draft.

As a rookie, Pujols launched 37 home runs en route to the National League Rookie of the Year award. The superstar baseball player never slowed down after that, making nine All-Star appearances throughout his 10 years with the Cards.

After 11 years with the Cardinals, the Santo Domingo native latched on with the Los Angeles Angels on a massive 10-year contract as a free agent, teaming up with fellow superstar Mike Trout.

The former NL Most Valuable Player struggled to produce at the same level in L.A., having made just one American League All-Star appearance since joining the team.

Throughout his illustrious Major League Baseball career, the two-time World Series champion has proven to be one of the best players in baseball history. He has hit over 680 home runs, recorded 2,150 RBI and maintained a career batting average of .295.

A lock for the Baseball Hall of Fame, Pujols has played in 86 postseason games in 19 playoff series over his nine trips to the postseason.

Albert Pujols' Life Off the Diamond 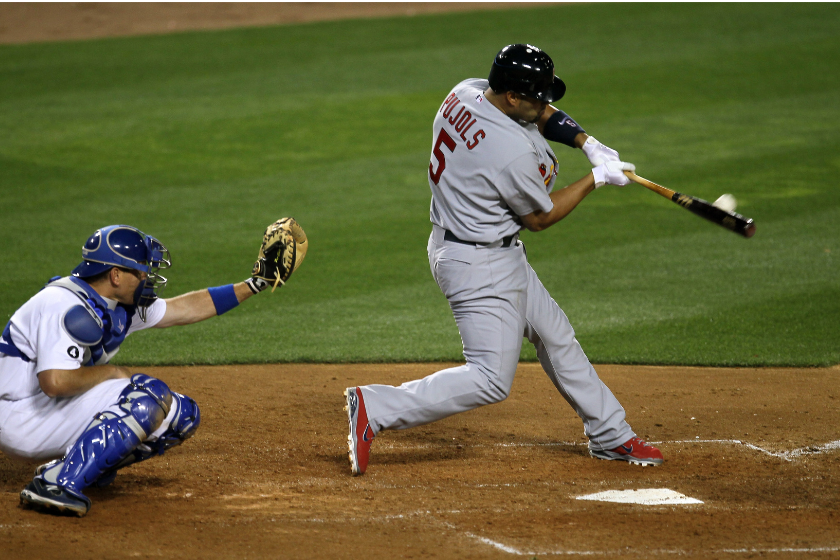 Albert Pujols has five children, Albert Jr., Ezra, Isabella, Sophia and Esther Grace, with his ex-wife Deidre. The couple split in 2022, with Albert citing "irreconcilable differences" between the two. While divorce is often a private affair for couples, the Pujols' split gained massive attention due to the horrible timing. The announcement came days after the news that Deidre, had undergone successful surgery to remove a brain tumor. Not great.

Still, Pujols frequently shares pictures of his family on social media, boasting an impressive 185,000 followers on Instagram. Albert also uses his celebrity to help with multiple non-profits including his own, the Pujols Family Foundation. The foundation "is a national not-for-profit agency that exists to honor God and strengthen families through our works, deeds and examples. Since beginning this foundation in 2005, we have sought to help those living with Down syndrome here at home and to improve the lives of the impoverished in the Dominican Republic." When Albert met Deidre when he was 18, she told him that she had a daughter who had Down syndrome, but Albert did not care and would later adopt Bella, who he says changed his life.

"There's more than just baseball," Pujols said to The Los Angeles Times. "At the end of the day, it's like, 'What are you going to do with the gift?' Not talent, but the money and the fame. Are you just going to keep it for yourself? Or are you going to use that talent and that gift to help others?"

The former NL MVP has made a fortune as a professional baseball player.

According to Celebrity Net Worth, Pujols boasts an estimated net worth of $170 million, placing him among the wealthiest players to ever feature in the MLB.