Less than four months after losing the Michigan Wolverines starting quarterback job to J.J. McCarthy and recovering from knee surgery, former Michigan quarterback Cade McNamara has entered the NCAA transfer portal and announced his intention to join the Iowa Hawkeyes in 2023. 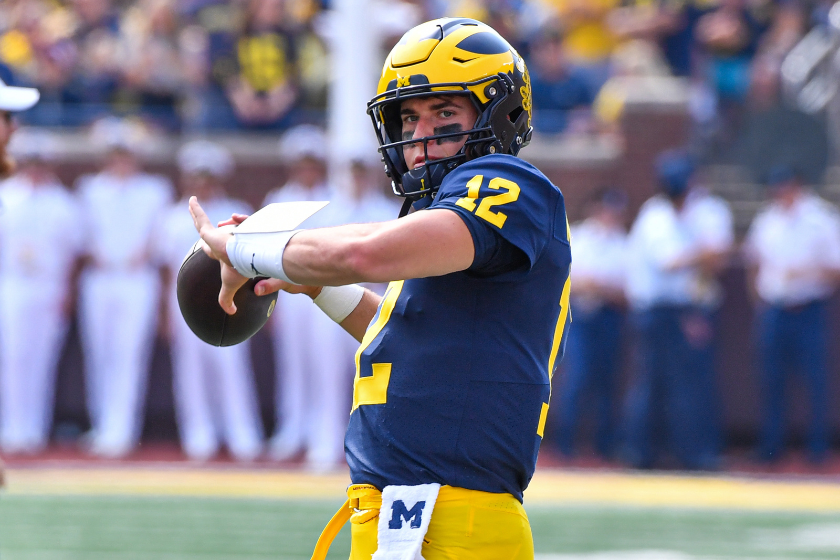 MORE: John Madden's Grandson is Continuing His Legacy at Michigan

McNamara -- who leaves Ann Arbor with a resumé that includes 3,181 yards passing and 21 total touchdowns, seven interceptions, a college football playoff appearance and a Big Ten Championship win -- fills a gap on Iowa's depth chart. With the Hawkeyes' signal caller Spencer Petras set to graduate and backup QB Alex Padilla entering the transfer portal days after McNamara, Iowa football now has its next field general, according to Pete Thamel.

McNamara fought for the Wolverines' starting job against McCarthy early in the year, but a knee injury forced McNamara to the sidelines as his teammate flourished under center. With McCarthy leading the Wolverines, Jim Harbaugh's team was able to secure a win against Ohio State and a Big Ten Championship game berth against the Purdue Boilermakers in Indianapolis.

McNamara might not find that same success with the Iowa offense, run by head coach Kirk Ferentz's son, offensive coordinator Brian Ferentz. The main reason for that is wide receiver Keagan Johnson announcing his intention to leave Iowa via the transfer portal. Last season's struggles for Iowa were well-documented, and now McNamara can join the cause of helping to erase last year's ugly results in Iowa City.

Regardless of last year's tough season, this offseason can be spent dreaming of ESPN broadcasts during the regular season. Things are already looking a bit brighter for Iowa as it steals a battle-worn quarterback from a conference rival.

MORE: The "Iowa Wave" is College Football's Most Inspiring Tradition