Last season the University of Michigan Wolverines went 12-2, losing only to their "Little Brother" Michigan State and the eventual national champions, the Georgia Bulldogs, in the Orange Bowl. The reigning 2021 Big Ten Champions were led to their first College Football Playoffs appearance by QB Cade McNamara.

So naturally, McNamara will be the Wolverines' starting quarterback for the 2022 season, right? You would think so, and I would think so, but we'd both be wrong... maybe.

A QB Battle in Ann Arbor 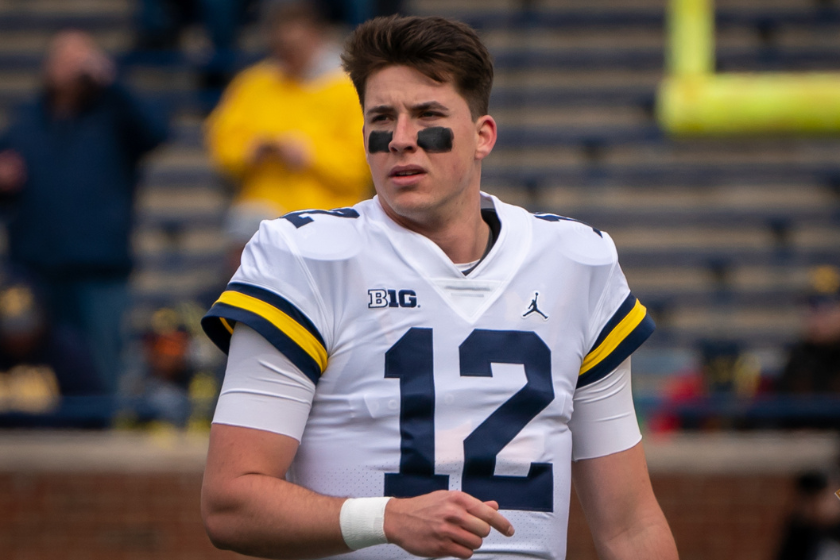 RELATED: 5 Michigan Wolverines Who Will Keep Jim Harbaugh Employed in 2022

Cade McNamara attempted a total of 327 passes in 2021. Freshman J.J. McCarthy attempted 59 passes in a back-up, changeup role. McNamara was considered by many fans and pundits to be a "game manager" behind his 64.2 completion percentage, 2,576 yards, 15 touchdown passes, and six interceptions.

While certainly not the stats that would set the world on fire, those numbers were good enough to earn McNamara All Big-Ten Third Team honors and cement his spot atop the depth chart. "Game manager" is definitely a harsh criticism, and it likely stems from a lackluster performance against Georgia in the college football playoff, even though the Bulldogs had the best defense in the country last year, and because he was being backed up by a highly-touted 5 Star recruit in McCarthy.

McCarthy's stats included 516 yards with a 57.6 completion percentage, five touchdown passes, and two interceptions. Maybe the most impressive stat for McCarthy last year was his 4.6-yards per carry average. That, and the excitement and hype that comes with being a five-star recruit.

Those sets of stats combined have led to a quarterback competition leading into the 2022 season. Apart from a brief melodrama involving head coach Jim Harbaugh's flirtation with the NFL, the identity of the Michigan football field general has been the most discussed preseason topic around college football in the state of Michigan. And it's a topic that will apparently continue into the season, as Harbaugh has made his QB decision, or rather his QB non-decision.

For their first game, Cade McNamara will start against Colorado State and McCarthy will start Week 2 against Hawaii. The decision will be made after that. 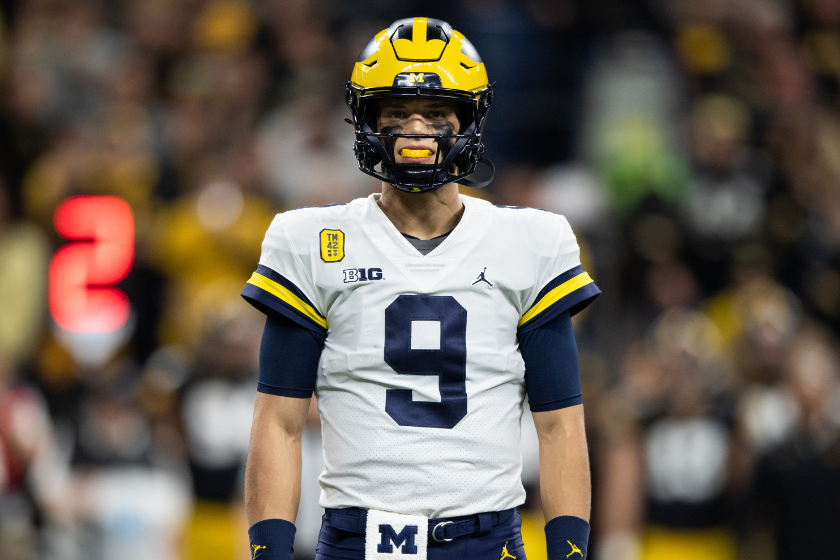 But, you have to ask yourself, why is that? If McCarthy is so highly regarded and the "Next Big Thing" and won the 2021 Big Ten Championship, why hasn't he taken the starting job from McNamara who is just a "game manager?" Is McNamara better than advertised? Is McCarthy just not ready yet? Is Harbaugh just indecisive? (The NFL saga would point to a yes on the last question.)

Whatever the reason, the one thing not in doubt is the fact that this entire situation is only possible because the Wolverines do not have what many would consider to be a difficult non-conference schedule. Home games against the Colorado State Rams and then the Hawaii Rainbow Warriors should both be easily winnable games to start the season, and then another home game against the UConn Huskies should be more than enough to get whichever QB is named starter up to speed before starting the Big Ten season at home against Maryland. Yep, the Wolverines are starting the season with four straight games at the Big House in Ann Arbor.

But who will be the Michigan quarterback in those four games? It's anyone's guess after Week 2.

It's certainly a bizarre situation, and you can always tell when sportsbooks are making jokes about it.

The Michigan QB room when Jim Harbaugh calls for the first-team offense pic.twitter.com/pXegp84ajD