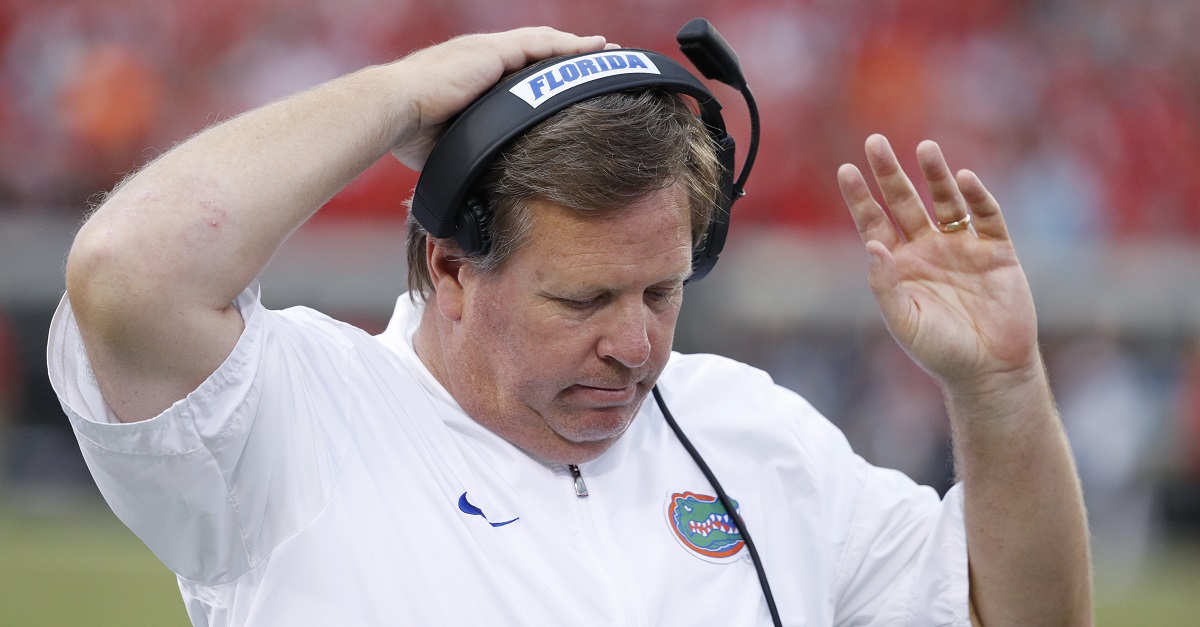 Former Florida coach Jim McElwain has officially joined the Michigan staff as the wide receivers coach. He’s got his new bio on the Michigan staff site and whoever was writing it went a little overboard with how “great” the offense was at Florida under him.

As noted by @champton85, Michigan is really taking this whole #FakeNews thing to another level. From Jim McElwain’s UM bio: https://t.co/qNNg72zIO3

While those stats might be cool and dandy, they are also quite misleading. The offenses under McElwain were never ranked better than 100th in the entire country and in fact, they got worse each year finishing at 108th in 2017. They also went five straight games between October and November scoring less than 20 points so calling it explosive is just flat out inaccurate.

That 2015 aerial attack also only averaged 207.1 yards per game, which was “good” for 86th in the country that season. They then finished 102nd this year, only throwing for 179.5 yards per game.