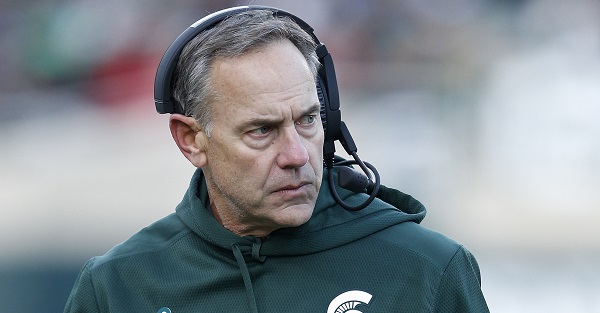 The effects of the Larry Nassar sexual assault scandal have reached the football program at Michigan State, as a hit piece by ESPN claims that Michigan State athletics failed to act on assault claims across several of their sports programs.

In response to the piece, several rumors started to grow on the Internet that football coach Mark Dantonio and basketball coach Tom Izzo could both resign from their position. At least for now, Dantonio has spoken on those rumors, saying that he has no plans to step down from the head coach position.

Mark Dantonio tells gathered reporters in East Lansing that reports of him stepping down as MSU football coach are false.

Dantonio has been the head coach at Michigan State for the past 11 seasons. He has a 100-45 record during his tenure as head coach at the school.

ESPN’s report on the sexual assault scandal at Michigan State claims that officials within the school may have helped cover up allegation of assault over the past several years. On top of the assaults that gymnastics trainer Larry Nassar has now been convicted and sentenced for, this included incidents from members of the football and basketball teams that have been accused of assaulting female students at the school.