At the beginning of the 2022 college football season, Michigan Wolverines head coach Jim Harbaugh had a decision to make. With Cade McNamara and J.J. McCarthy both putting in stellar preseason work, Harbaugh needed to name a starter. So which football player did he pick? The answer is neither. But when it comes to JJ McCarthy's girlfriend, there's only been one starter and that's Katya Kuropas.

J.J. and Katya met at the young age of 15 while both were attending the same high school, Nazareth Academy in La Grange Park, Illinois. While McCarthy transferred to IMG Academy in Florida for his senior year of high school football, ahead of his first year with the University of Michigan football team, Kuropas still kept a flame for her beau. They've been together ever since, to give you a SparkNotes version of their relationship timeline.

Quarterback J.J. McCarthy has also expressed his love for Kuropas on his social media, specifically his Instagram account. In fact, Jonathan James McCarthy uses his Instagram to celebrate his family. JJ McCarthy's parents (his mom was a figure skater!) are all over his account, as are his sisters Megan and Caitlin, the latter of whom went to Nebraska. 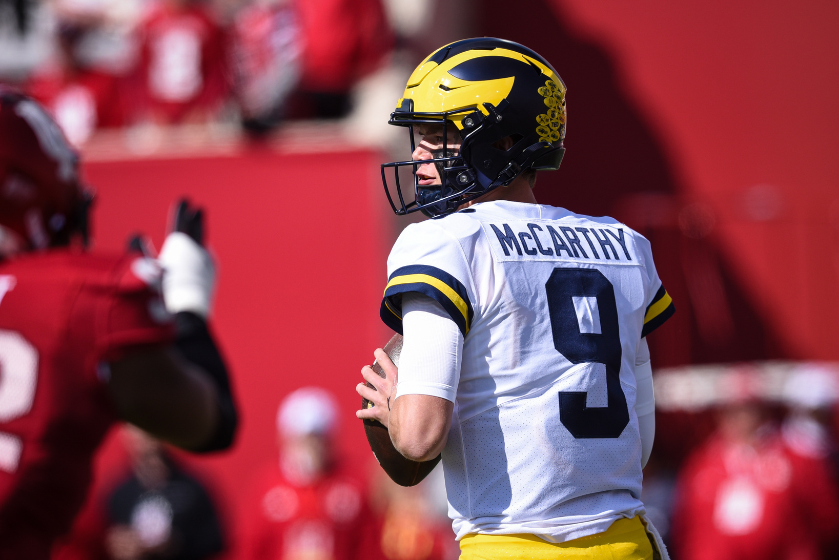 But still, 2022 was a new year for McCarthy in Ann Arbor after he was given the keys to the offense early in the season. Since then, McCarthy has captained the Wolverines to resounding wins against Michigan State, Purdue, and rival Ohio State. The hope is that McCarthy can get Michigan over the hump and into the NCAA national championship game, but first, they need to beat TCU in the college football playoff to get there.

McCarthy chose to come to Michigan over LSU, Wisconsin, and Texas for moments like this. This is what being an American football player is all about. And we know that Katya will be in the crowd cheering on "the love of her life."

MORE: After Donovan Edwards' Mom Died, He Relied on His Father's Memories of Her