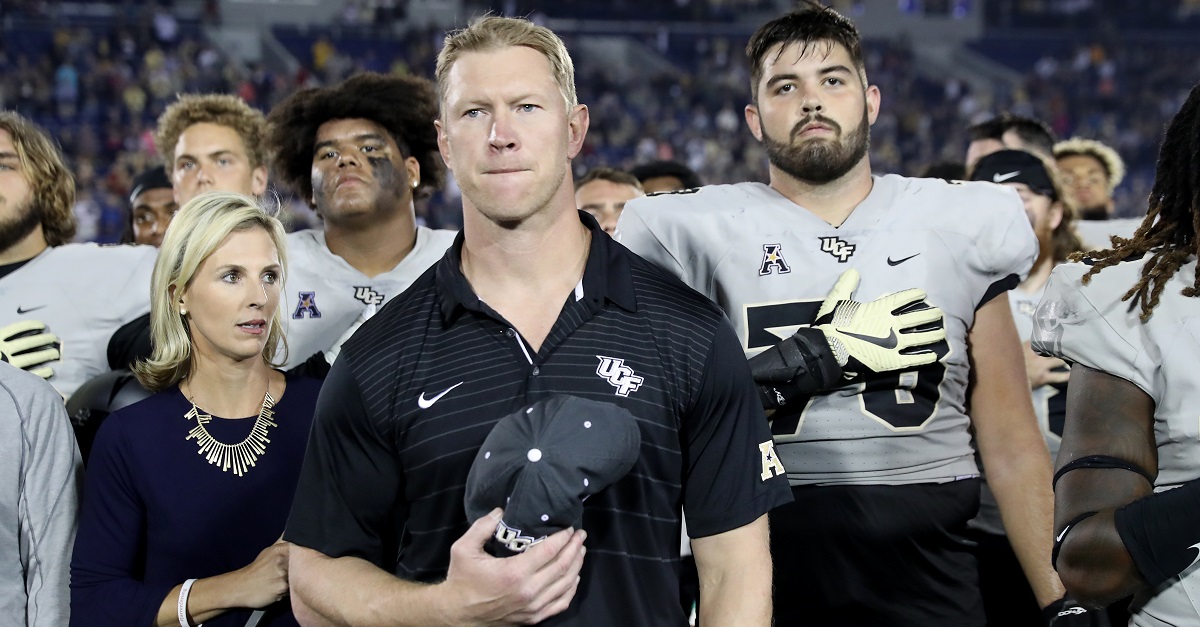 Scott Frost is one of the fastest rising coaches in America and he has been most heavily linked to the Nebraska head coaching job that is likely to be open at the end of the year. There was another report on Saturday saying that Frost was “close” to coming to a deal with Nebraska.

He addressed that report head on and flat out said that was false.

He had no choice but to address this as there are likely to be a lot more reports and rumors like that. His team is in the middle of an undefeated run though and he can’t afford distractions like that for him or his team he’s currently with at UCF. They are now 10-0 on the season with a huge rivalry game coming up next week against USF.