You could make the argument that the movie "Kazaam" ruined the Orlando Magic as it gave Shaquille O'Neal a taste of what Hollywood could offer him if he were to become a Los Angeles Laker. There's even the story of how a Cadillac and a lighter cursed Kentucky's football program and may have birthed the legendary career of Bear Bryant.

Much like how a simple sunset walk due to a delayed dinner guest prompted the fall of the Soviet Union, it's often the tiniest little shift in the universe that can completely change the future.

And for fans of the Nebraska Cornhuskers, one fan may have uncovered the reason for the college football team's decline over the last decade. 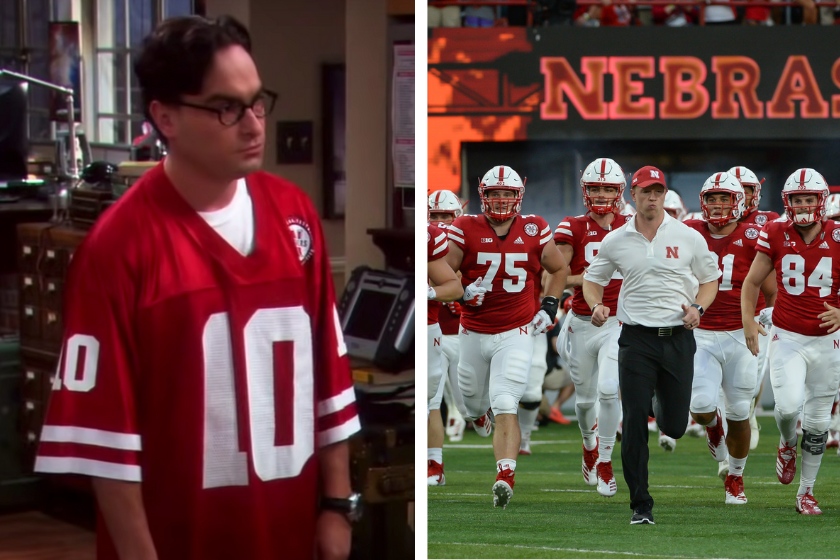 Reddit user WookieeSteakIsChewie tossed his theory out to the masses and you'd be surprised as to how much water it holds. WookieeSteak poses the theory that the beloved CBS TV show created by Bill Prady and Chuck Lorre known as "The Big Bang Theory" (or TBBT, for short) is the root cause of the University of Nebraska's football shortcomings over the last decade.

"In 2009 The Big Bang Theory, the beloved show about a group of nerds travelling through time to save the universe using the power of an attractive blonde in low cut shirts until Blossom shows up and ruins everything, aired an episode called 'The Cornhusker Vortex.'

Since the season when the episode aired, Nebraska has an .565 win percentage and has had 6 losing seasons.

Prior to that episode, Nebraska only had two losing seasons in preceding 45 years."

That's right. Because of a Nebraska football game on "The Big Bang Theory," the Cornhuskers have been on a sharp decline.

Couple of things. The lack of attention to detail is outstanding. This is an Olympic-level of passive aggression and it is perfect. "Attractive blonde tried to get her short nerd from Roseanne boyfriend to watch Nebraska football with her," is a real sentence that technically makes sense, despite the incredible lack of effort. In reality, when the gaggle of geniuses is leaving to go fly kites, Leonard learns that some of Penny's friends are coming over to her apartment to watch the Cornhuskers game, and he makes the choice to join in the fun.

For the record, the attractive blonde (who grew up an hour outside of Lincoln in Omaha) is Penny, played by Kaley Cuoco, the "short nerd from Roseanne boyfriend" is Leonard, played by Johnny Galecki and "the tall nerd from the voiceover to Young Sheldon" is, of course, Sheldon Cooper, played by Emmy Award winner Jim Parsons. Missing from the Nebraska Theory are Howard Wolowitz and Rajesh "Raj" Koothrappali, two of Sheldon and Leonard's friends.

But the odd part of this theory is that it does have legs.

Perhaps the Texas Longhorns should look into what TV show may have tanked their football team. Or maybe this is a time for NFL teams like the Jacksonville Jaguars to really start asking some questions about "The Good Place" and all of those Blake Bortles jokes.

Actually, you know what? WookieSteakIsChewie may actually have something here. Excuse us while we dive into our TV Guides ahead of the 2022 College Football season.