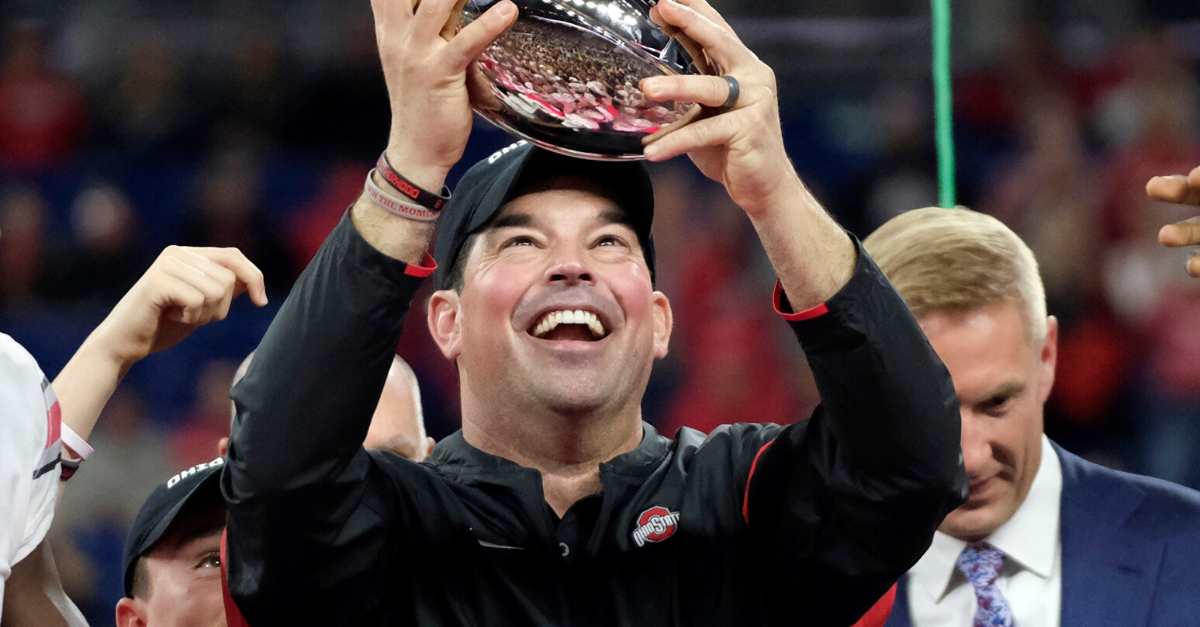 COLUMBUS, Ohio (AP) ? Ryan Day, who led Ohio State to a 13-1 record and a College Football Playoff appearance in his first year as head coach, is being rewarded with a three-year contract extension and a raise, the university said Tuesday.

The 40-year-old Day is now under contract through the 2026 season.

Day wasn’t even in the top 20 of the country’s highest paid football coaches in 2019, but the raises are expected to move him up the list gradually. Clemson’s Dabo Sweeney was the highest-paid coach last season at more than $9.2 million.

Ryan Day is set to receive a three-year contract extension that will run through the 2026 season and will pay him more than $20 million over the next three years. https://t.co/R77kSAMsxT

The university noted excellent academic progress of players under Day. Ohio State had a program-record 23 college graduates on its 2019 playoff semifinals roster, and 39 players were academic All-Big Ten Conference honorees last fall for having GPAs of 3.00 or above.

?Ryan Day?s management of this football program, from mentoring and leading our student-athletes in their academic pursuits and off-field endeavors to coaching them on the playing field, has been exceptional,? Ohio State athletic director Gene Smith said.

Day’s contract extension still must to be approved by university trustees.

Day, who was quarterbacks coach and offensive coordinator at Ohio State for two seasons, was hand-picked to replace Urban Meyer, who retired after the 2018 season because of health concerns. Day had led the team to a 3-0 record as the interim head coach in 2018 while Meyer served a three-game suspension for mishandling another assistant who had been accused of domestic violence.

Under Day and transfer quarterback Justin Fields, the Buckeyes rolled through the 2019 regular season undefeated and didn’t lose until Clemson beat them 29-23 in the playoff semifinal.

Earlier this month, Day dismissed from the team two junior defensive backs, Amir Reip and Jahsen Wint, after they were accused of rape and kidnapping. They were indicted on criminal charges, with an arraignment set for March 6.

MORE: The College Upset That Put Brett Favre on the Map