Ohio State Denied “THE” Trademark Because Someone Already Did It 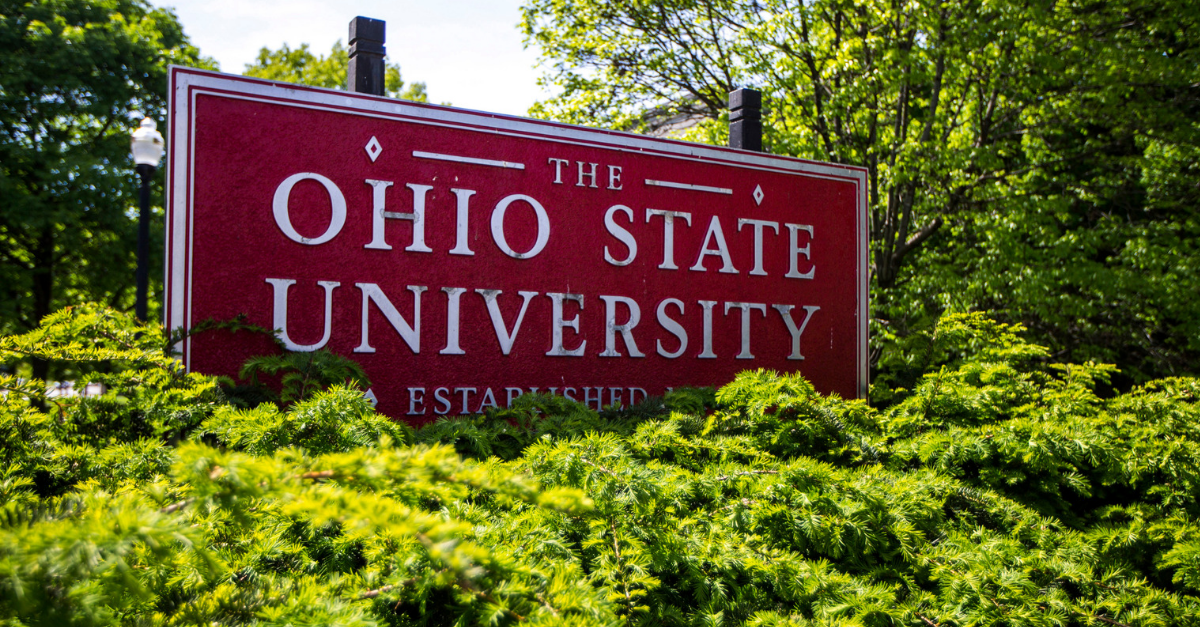 If you didn?t already know, The Ohio State University has a serious ego problem. Anyone outside of the Buckeyes fan base realizes it, and their true colors have been fully exposed with one of the more ludicrous things in recent memory.

Most people know the Columbus, Ohio campus as Ohio State or OSU. But to those who love and defend the school with their entire being, well, it?s ?The Ohio State University.? That?s why the university wants to trademark the word ?The? when being used with its marketing.

That?s right, tOSU submitted a trademark application to the United States Patent and Trademark Office in Washington, according to The Columbus Dispatch and Josh Gerben.

?The Ohio State University has filed a trademark application on the word ?THE.? The filing made on August 8th, indicates #OhioState is offering a brand of ?THE? clothing,? Gerben posted. ?Not sure how ?The U? will feel about this one.?

The Ohio State University has filed a trademark application on the word "THE."

The filing, made on August 8th, indicates #OhioState is offering a brand of "THE" clothing.

Not sure how 'The U' will feel about this one.

THE, ONE OF THE MOST COMMON WORDS IN THE ENGLISH LANGUAGE, IS WHAT OHIO STATE WANTS PERMISSION FOR TO PUT ON T-SHIRTS AND HATS.

JUST IN: The Ohio State University has filed for a trademark application to the word “THE” with an intent to use on shirts and hats. First discovered by @JoshGerben. pic.twitter.com/hdN4AIdvOt

Ohio State is seeking a trademark on "The" for university merchandise https://t.co/7SEblIxn1f

Ohio State has done some crazy things in the past. They trademarked former football coaches Urban Meyer Woody Hayes? names in 2015 and 2016, respectively, according to The Dispatch. They even tried to get OSU trademarked, but Oklahoma State University didn?t let that one fly.

Yet, filing a trademark to get the word ?THE? put on some t-shirts and baseball caps just seems beyond absurd. This is one of the more arrogant things an institution could do.

“Like other institutions, Ohio State works to vigorously protect the university?s brand and trademarks. These assets hold significant value, which benefits our students and faculty and the broader community by supporting our core academic mission of teaching and research.”

While the rest of us gear up for the rest of the college football season, even to watch the Ohio State Buckeyes in Big Ten games, let?s allow the U.S. Patent and Trademark Office to do their jobs and see if they give permission for OSU to use ?THE? on the front of a shirt in the future.

In a very unsurprising turn of events, THE US Patent & Trademark Office has initially refused Ohio State University’s trademark application for the word “The.”

The request was a long uphill battle anyway, but it was officially shot down in the first round. In fact, clothing company Marc Jacobs did it first and might have played a role in the initial refusal, according to Josh Gerben. Their application was also refused.

Ohio State University's trademark application for the word "THE" has been refused by the USPTO.

The USPTO found that:

1. @OhioState is not using the word "THE" as a trademark.

2. Marc Jacobs filed an application for "THE" before Ohio State made its filing. #The analysis 👇 pic.twitter.com/KfQmlVtvQA

The USPTO also said, per Gerben, that Ohio State is not “properly using the word ‘THE’ as a trademark.” The university has up to six months to respond to the refusal.

You just hate to see it, right?